Information session on MIT xPro’s Virtual Reality and Augmented Reality program (Webinar)
About
Companies on the cutting edge recognize that extended reality (XR) has the capability to reinvent the way we communicate, experience gaming and other forms of entertainment, and transform industries such as healthcare, real estate, retail and e-commerce.

Virtual Reality and Augmented Reality from MIT xPRO provides a foundational understanding and conversational fluency in the principles that underlie XR technologies along with the ability to consider users' needs when refining applications or developing new ones. By the end of this eight-week program, you will be better positioned to conceive XR system ideas, communicate them to developers, and make recommendations to clients and other key stakeholders.

Register for this informative webinar to learn more about the upcoming Virtual Reality and Augmented Reality program from MIT xPro. 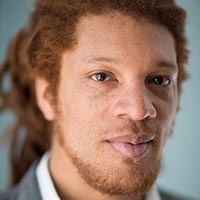 By taking both a design and analysis approach to his work, Prof. Harrell is able to build systems that simulate social and learning phenomena in ways that are engaging, dynamic, and personalized. He then builds analytical tools using AI and other statistical mathematical approaches to identify trends, biases, and diverse user needs. From there, he can develop new principles for design applicable to both academia and industry as well as build his own computational media systems.

Prof. Harrell holds a Ph.D. in Computer Science and Cognitive Science from the University of California, San Diego; a Master’s degree in interactive Telecommunications from New York University; and both a B.S. in Logic and Computation and a B.F.A. in Art (electronic and time-based media) from Carnegie Mellon University. Prof. Harrell's has also worked as an interactive television producer and game designer. He and his center received an Emmy award in the “Interactive Documentary” category. He received a National Science Foundation CAREER Award for his project, “Computing for Advanced Identity Representation.” His book, Phantasmal Media: An Approach to Imagination, Computation, and Expression, was published by the MIT Press.
You’re registered


Check your email for a confirmation and link to attend the live session.
REGISTER
Reserve Your Spot
View More Course Details
Powered by BigMarker