Keeping Culture in Cuisine: A Discussion of Heritage and Food

Keeping Culture in Cuisine: A Discussion of Heritage and Food

Join WHYY's Check, Please! Philly host, Kae Lani Palmisano, for a discussion of the importance of understanding food in its cultural contexts with Chef Chris Paul and Chef Jezabel Careaga. The conversation will focus on protecting heritage cuisines and there will be ample opportunity for you to ask the panelists your questions on continuing culinary traditions in home kitchens and professional restaurants across the country. 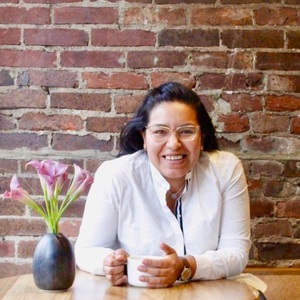 Chef and Owner
Jezabel Careaga was born in the small Argentine town of Palpalá in the Northwestern Argentine province of Jujuy. Surrounded by family and very close to relatives, Jezabel always associated cooking with love and togetherness. One recollection in particular stands out as one of her most treasured childhood memories: baking and preparing food with her dear grandmother Julia who will be the greatest influence on her practice as a chef and baker.

Apart from studying Tourism & Hotel Management in Cordoba and in order to further her knowledge of business she pursued an MBA at Universidad Siglo XXI, but never forgot that the ultimate dream was to live abroad and start a business of her own. With that in mind, she wasted no time in developing a business plan, never knowing that an opportunity would cross her path in the not too distant future.

She moved to Miami in 2007 and in less than 3 years, on a warm morning in June 2010, she opened the doors to her beloved Café in the beautiful Fitler Square neighborhood, where it operated until December 2018.

Jezabel’s Café and Bakery now on 45TH Street is able to accommodate more guests, as well as host large groups, private parties and special events. The Café reopened its doors on January 5, 2019 with a revamped menu that still includes everyone’s favorite Argentine staples. 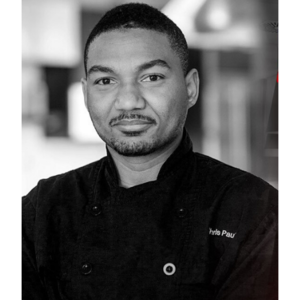 Chef and Owner
Chef Chris Paul developed a passion for cooking after growing up in Haiti for most of his childhood. A graduate of Drexel University’s Culinary Arts / Entrepreneurship program, he has worked for various Stephen Starr establishments and Iron Chef Jose Garces's Chifa. In addition, he held the Executive Sous Chef post at Birchtree Catering, a local and sustainable caterer winner of Best of Philly 2015. From his experiences with growing food in Haiti and urban gardening in Philadelphia, Chef Paul fell in love with the use of seasonal and local ingredients to develop dishes. He became the chef & partner at Herban Quality Eats in 2015, an ingredient-driven fast casual restaurant. Though Herban eventually closed due to population shifts within the area, Chef Chris gained valuable knowledge on the measures taken when closing a restaurant. Since Herban’s closing in 2017, Chef Chris Paul continued as a private chef, ServSafe Instructor for various restaurants, and a culinary educator for the Free Library of Philadelphia. All of these elements were combined into Everything We Eat, LLC with his wife, Leigh-Ann MPH. Everything We Eat, LLC offered catering, cooking classes and a roaming food truck serving Caribbean fusion. They decided to discontinue the business due to personal reasons and Chef Chris attempted to join the workforce with Hillstone Restaurant Group.

At Hillstone Restaurant Group, Chef Chris quickly gained responsibility while training in Bethesda, MD and was relocated to help manage their highest grossing location in Coral Gables, Fl. He soon realized that their path for growth was not what he envisioned for his career. After much deliberation, he decided to take a six-month sabbatical, traveling around the world visiting over a dozen countries in Europe and the Caribbeans.

Chef Chris Paul is currently an investor and board member at Destino Farms, Inc. a team of passionate alternative wellness distributors seeking out the best-in-class nootropics and plant-based supplements including CBD/Hemp. Destino Farms launched their retail store front in Little Havana, Miami in April 2020 called Canna Ocho. Chef Chris also hosts a monthly traditional Haitian cooking pop-up called “Lakay” which means home in Haitian Creole, at local Philadelphia restaurants, most recently at South Philly Barbacoa. has combined his passion for fitness and health with his food knowledge to promote seasonal, sustainable and healthy cooking alternatives to the masses. 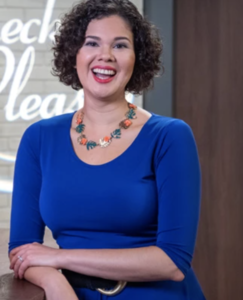 TV Host, Writer & Editor
Some travelers follow their hearts -- Kae Lani Palmisano follows her gut. Obsessed with the history and origins of food, her journeys have taken her from exploring the Spice Route through Israel and Europe to foraging with the Māori in New Zealand.

After exploring food culture across four continents, Kae Lani has returned home to host WHYY’s Check, Please! Philly, a restaurant series that invites viewers to experience all that the Philadelphia region’s lively and diverse dining scene has to offer. In February 2020, Kae Lani co-anchored WHYY’s program You Oughta Know which featured an interview with chef Marcus Samuelsson taped in front of a live studio audience .In addition to hosting Check, Please! Philly, Kae Lani is a contributing Food & Travel Editor for USA TODAY 10Best, as well as the host and producer of her upcoming podcast, Philly Foodways.