Third Door Media
Create Better Digital Experiences for Your Customers With Headless and Hybrid CMS
About
The importance of being responsive and agile has been a critical lesson that marketers have learned in the past fourteen months. Businesses that quickly identified and delivered on customer needs have been outperforming others during the pandemic.

Adopting headless and hybrid Content Management Systems is part of a move toward greater agility in marketing. These solutions give you more flexibility and speed in choosing where content is distributed and how it is displayed. And companies using headless or hybrid can more easily push content to a much wider range of channels than just the traditional website.

Moving to a headless or hybrid CMS is a big decision and can have significant implications for your operations and ongoing costs. Join a panel of experts moderated by MarTech Today’s editorial director Kim Davis, and learn the trends driving the adoption of headless and hybrid CMSs and the capabilities these systems provide.

You’ll also get these key takeaways: 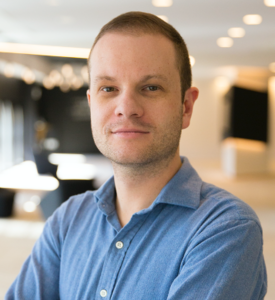 Matt Monahan
Vice President of Product, Arc XP
In this role, Matt is responsible for Arc’s product roadmap, and steering its growth into new industries and verticals. He meets frequently with industry leaders to understand the difficulties that their businesses and users face in creating and managing digital content, and drives the mission of Arc to solve their most pressing challenges. 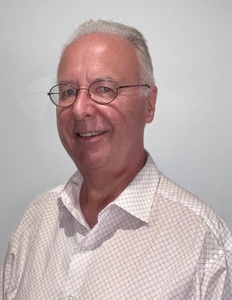 Kim Davis
Editorial Director, MarTech Today
Kim Davis is the Editorial Director of MarTech Today. Born in London, but a New Yorker for over two decades, Kim started covering enterprise software ten years ago. His experience encompasses SaaS for the enterprise, digital- ad data-driven urban planning, and applications of SaaS, digital technology, and data in the marketing space. He first wrote about marketing technology as editor of Haymarket’s The Hub, a dedicated marketing tech website, which subsequently became a channel on the established direct marketing brand DMN. Kim joined DMN proper in 2016, as a senior editor, becoming Executive Editor, then Editor-in-Chief a position he held until January 2020. Prior to working in tech journalism, Kim was Associate Editor at a New York Times hyper-local news site, The Local: East Village, and has previously worked as an editor of an academic publication, and as a music journalist. He has written hundreds of New York restaurant reviews for a personal blog, and has been an occasional guest contributor to Eater.
You’re registered


Check your email for a confirmation and link to attend the live session.
REGISTER
Reserve Your Spot
All Third Door Media webinars
Powered by BigMarker