Chains are winning in many ways as you've heard on DMA's previous virtual panels. But who better to hear from them than the nimble, innovative CEOs themselves? Please join host Wendy Davidson from Kellogg's as she discusses the current state of the industry with Black Box Intelligence's Kelli Valade, Culver's own Craig Culver and Noodles & Company's Dave Boennighausen.

Industry Experts Will Address These Key Questions:
- What does the Foodservice landscape offer in 2021?
- How will delivery, drive-through and digital continue to evolve for successful chains?
- Where is food-away-from-home-in-home heading and how can you prepare to deliver on patrons' expectations? 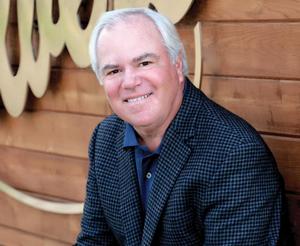 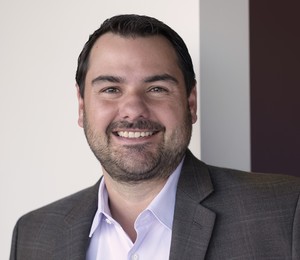 CEO of Noodles & Co.
Dave Boennighausen became our Chief Executive Officer in June 2017, having served as interim Chief Executive Officer since July 2016. Mr. Boennighausen served as Chief Financial Officer from July 2012 until June 2017 and became a member of board of directors in August 2015. Mr. Boennighausen has been with the Company since 2004, and served as our Vice President of Finance from October 2007 to March 2011, and as our Executive Vice President of Finance from April 2011 to February 2012. He began his career with May Department Stores. He received a BS in Finance and Marketing from Truman State University and holds an MBA from the Stanford Graduate School of Business.
VIEW PROFILE 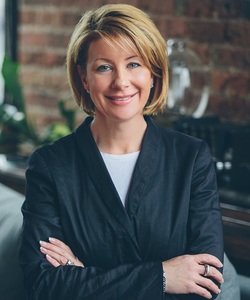 Kellogg Co. President of U.S. Away From Home
Wendy Davidson is a global executive with over 25 years of experience in the branded CPG, retail, and foodservice industries, with a record of accomplishment in innovation, turnaround and profitable growth of mature businesses.

As the President of U.S. Away From Home, Wendy is responsible for leading a $1.1B business in growth channels from small retail formats including convenience and vending to foodservice business-to-business operations such as schools, restaurants, hotels, travel and healthcare and specialty ventures such as business-to-business e-commerce.

She is a member of the Kellogg North American Leadership Team, the Kellogg Political Action Committee (PAC) Board, Board of Trustees for the Kellogg Company Fund, eighteen94 Venture Capital Fund Investment Committee, the K Pride & Allies (KPA) and Women of Kellogg (WOK) networks and Executive Sponsor for the company’s Young Professionals (YP) business/employee resource group.

A graduate of Luther College, Wendy serves as the Chair of the Board of Regents. She is a non-Executive Director on the Board of First Horizon National Corporation (NYSE: FHN), a leading regional financial services company, serving on the Audit and Technology committees. She is also a Trustee on the Ronald McDonald House Charities (RMHC) Global Board, serving on the marketing development committee. She is past board chair of Women’s Foodservice Forum, and a member of The Network of Executive Women, International Women’s Forum, The Chicago Network, Commercial Club of Chicago, and the Economic Club of Chicago.

A frequent keynote speaker, Ms. Davidson was named to the 2020 Crain’s list of Notable Women Executives Over 50, the 2019 list of Most Influential Corporate Board Directors by WomenInc. Magazine, awarded the National Diversity Council’s 2017 Top 15 Business Women in Illinois and received the Luminary Award in 2016 from Girl Scouts of Chicago & NW Indiana. She was previously named to the Northwest Arkansas Business Journal’s “40 under 40” and “Diamond Decade."
VIEW PROFILE 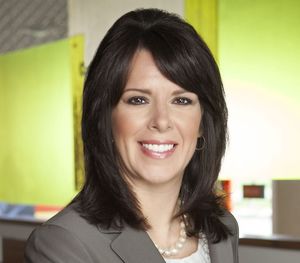 President and CEO of Black Box Intelligence
“Where your talents and the needs of the world cross; there lies your vocation.” Aristotle’s wisdom has guided Kelli Valade’s career since the age of 16, when she landed her first restaurant job as a hostess. It was there Kelli found the same hospitality, the same love of great food and the same connection around the table she’d experienced her entire childhood, cooking and eating Italian food around her grandmother’s kitchen table in New York. Kelli discovered early where her passion for life intersected with work, and she’s built a career living out that passion.

Determined to make a big impact on the industry she loved, Kelli worked her way through school, earning a bachelor’s degree from Binghamton University and an MBA from Syracuse University. She rose to General Manager of a local restaurant at age 21, then her people-first style quickly directed her career to Human Resources, where she led HR, Recruiting and Compensation for national chains like T.G.I. Friday’s and On the Border Mexican Grill & Cantina.

Kelli then spent over 20 years at Brinker International in various roles including SVP of Human Resource for Chili’s Grill & Bar, and later serving as Chief Operating Officer. In 2016, she became the first female President in the brand’s history and was responsible for 80,000 + ChiliHeads and more than 1,600 restaurants in 31 countries and two territories. In this role, she established a clear vision and bold strategies, cultivated a purpose-driven culture and executed the biggest menu change in the brand’s history, all with uncompromising dedication to the guest, and her team members.

To give back to the industry, Kelli serves on the board of the National Restaurant Association Education Foundation (NRAEF) and on the executive committee of the board of the Women’s Foodservice Forum (WFF). Kelli also served alongside her daughter Morgan on the Allen Chapter of National Charity League (NCL) and currently sits on the Board of Trustees for the Shelton School in Dallas. A compelling and passionate keynote speaker, she also frequently speaks to students and professionals across the industry, sharing best practices and lessons from her lifelong journey.

Kelli has been recognized often by the industry she loves. Nation’s Restaurant News added her to their Top 50 Power List in 2017, The Western Foodservice and Hospitality Expo gave her the Beacon Award in 2016 and Dallas Business Journal named her a Woman Worth Watching in 2013.

Together with her husband Don and their two children, Morgan (19) & Christian (17), Kelli has lived in Texas long enough to be called a native, but her heart (and her accent) remain firmly rooted in New York. You can connect with her on Twitter @kvpalooza, find her on Facebook or just follow the scent of the homemade meatballs. They’re worth the trip.
VIEW PROFILE
Hosted By