TechWell Corporation
Digital Transformation Through AI-driven Software Quality
About
Since March 2020, the pace of digital transformation has accelerated within most enterprise organizations. “The move to digitization has accelerated, and the benefits will be permanent. There is no going back” says KPMG’s Vice Chair - Advisory, Carl Carande. Product teams are constantly dealing with the demands of delivering quality software at speed. Automation, AI, and ML are key drivers in aiding these efforts, in addition to improving predictability, efficiency, and effort optimization.

In this webinar, we will discuss the future of software testing driven by AI. We will travel through the ever-evolving software quality landscape over the last few decades and look into the future, leveraging the experience of Chuck Davis of University of California – San Diego, a knowledgeable industry veteran.

Chuck has managed multiple test projects and software testing teams across various global organizations over the last 20 years and loves sharing his learnings and success formula with peers.

This webinar will cover the following: 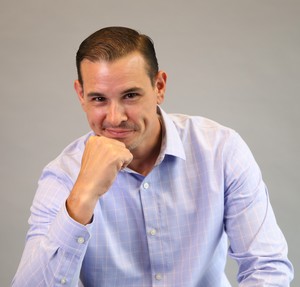 Chuck Davis
QA/Build and Release Services, University of California, San Diego
Chuck Davis is the Director of Quality Assurance, Build and Release Management at the University of California, San Diego. Originally from the east coast, Chuck made the move to the west coast 5 years ago, and has been involved in the Software Quality Assurance discipline since 2002. Chuck was Scrum certified by Ken Shwaber (one of the founder/creators of Scrum) in 2003 while Agile was in its infancy. He began his career in consumer electronics working for Bose, helping to grow their team from six to over 200 only six years later. Chuck had many opportunities to grow at Bose including: pioneering new processes, implementing Agile from Waterfall, and starting to explore automated testing. From here, Chuck really began getting involved in the QA community. His initial few years experience and lessons learned allowed him to traverse his way through quality organizations within a variety of industries including: financial Services, SaaS, consumer electronics, in-house solutions, and most recently, education. Join Chuck, as he shares lessons learned over his 20-year career from working alongside some of the brightest minds in the world. 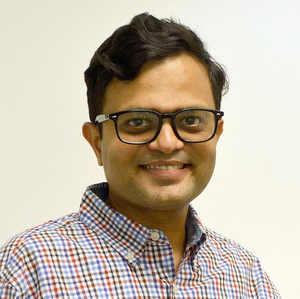 Deepak Parmar
Head of Marketing, QMetry
Deepak is leading the marketing organization at QMetry, the # 1 AI enabled Digital Quality Platform. He loves to engage technologists, business leaders, thought leaders, and storytellers in meaningful conversations to explore new trends, articulate best practices, and connect cutting edge technology to market needs in software quality domain. He has managed the launch and growth of SaaS based software quality products as well as software security products over the last one and the half decades.
You’re registered