Specialty Coffee Association
Value-Mapping the Delivered Price of Green Coffee: An Exercise in Price
About
Thank you to Pacific Barista Series for supporting the #ExpoWeekend Lectures!

Does paying higher prices to an exporter, importer, or broker convert to higher prices paid to farmers? Building price transparency throughout the coffee supply chain is an important exercise to understand fees associated with the processing, preparation, transportation, and logistical services required for landing coffee to it final destination.

In chronological order, this lecture will focus on breaking down associated fees coffee producers pay, which are often included within the FOB (Free on Board) price contract. The pricing exercise will then review the additional fees applied from the time coffee leaves the country of origin to the time coffee arrives to the doorstep of a roaster.

Presenters Ed Canty and Jon Ferguson will review an expense sheet template allowing the audience to enter unique terms of a specific contract, such as the average costs of certifications, milling fees, and additional fees which are often included within an FOB price.

The exercise will primarily concentrate on reviewing the costs incurred between the FOB contract and the final delivered contract price, with the intention of finding cost-savings methods that do not sacrifice cup quality or farmer profitability, but rather streamlining costs for importation and transportation to roasting facilities. 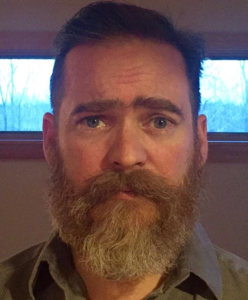 Ed Canty
General Manager, Cooperative Coffees
Ed Canty is the General Manager of Cooperative Coffees. His coffee career began two decades ago in a Portland, Maine coffee shop where he learned the craft of roasting and the pleasure of customer service. This led him to Green Mountain Coffee Roasters’ cupping lab in Waterbury, Vermont. His interest in coffee quality and growing communities started a 15 year career as Green Mountain’s Fair Trade and Organic coffee buyer. He values transparency, principled negotiations, intelligent system design, and innovative and regenerative agricultural practices that improve quality and producer livelihood through trade. Ed serves on Food 4 Farmers board of directors. He lives in the hills of Vermont with his partner Christe and children Asher and Emma. 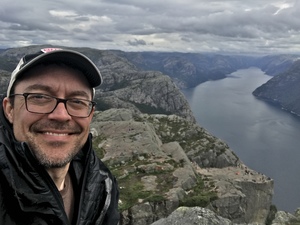 Jon Ferguson
Coffee Specialist, Arbor Day Foundation
Jon Ferguson is the Coffee Specialist for the Arbor Day Foundation coffee program. After spending time in Honduras as a Hillside Farming Agricultural Extensionist with the Peace Corps in 1999, he was inspired to pursue work within the coffee industry. Jon established a coffee micro-roasting company in 2007 and sold the company in 2011. Thereafter, has worked as a green buyer and quality control specialist for several roasting companies. Jon recently earned a Master’s degree in Anthropology from the University of Nebraska and is currently serving as the SCA North Central US Chapter Coordinator. 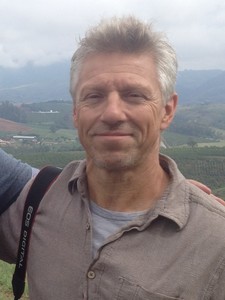 John Cossette
Vice President, Green Coffee Purchasing, Royal Coffee
John Cossette leapt into the green coffee business shortly after graduating from UC Berkeley where he studied Biogeography and Latin American Studies. Hired by Berard Trading, he trained for 2 years as sample roaster and cupper and learned inbound traffic logistics until the company disbanded in 1991. Rootless and unemployed, Cossette then traveled extensively in Latin America, obtained his organic crop inspector license, and inspected coffee operations in Mexico and Guatemala. He was lured back to the green coffee business by Royal Coffee in 1994 to kick start their organic coffee operations and has been there ever since.
You’re registered


This webinar has ended.
REGISTER
All Specialty Coffee Association webinars
Powered by BigMarker