***
Despite being one of the most widely consumed coffee formats, espresso is also the most susceptible to variation. In this presentation we report a novel model, complimented by experiment, that is able to isolate the contributions of several brewing variables, thereby disentangling some of the sources of variation in espresso extraction. Under the key assumption of homogeneous flow through the coffee bed, a monotonic decrease in extraction yield with increasingly coarse grind settings is predicted. However, experimental measurements show a peak in the extraction yield versus grind setting relationship, with lower extraction yields at both very coarse and fine settings. This result strongly suggests that inhomogeneous flow is operative at fine grind settings, resulting in poor reproducibility and wasted raw material. With instruction from our model, we outline a procedure to eliminate these shortcomings. 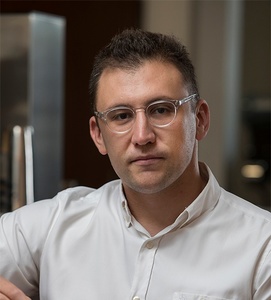 Christopher Hendon
Professor, University of Oregon
Prof. Christopher H. Hendon obtained his BSc. Adv. HONS from Monash University (2011) and PhD from the University of Bath (2015). After a two year postdoc at Massachusetts Institute of Technology he joined the University of Oregon as a tenure-track Assistant Professor of chemistry where his research group focuses the chemistry of porous materials, machine learning, and coffee. To date, he has published over 70 peer-reviewed research articles, accruing over 6000 citations. Prof. Hendon’s interest in coffee began during his PhD, and since then has published several peer-reviewed articles and a book, Water For Coffee. He has also directly contributed to three World Barista Championship routines, Maxwell Colonna-Dashwood, UK (2014 and 2015), and Kyle Ramage, USA (2017).
You’re registered


This webinar has ended.
REGISTER
All Specialty Coffee Association webinars
Powered by BigMarker