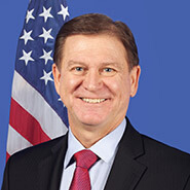 Wayne R. Monteith
Associate Administrator for Commercial Space Transportation, FAA
As the Federal Aviation Administration's Associate Administrator for Commercial Space Transportation, Mr. Monteith provides strategic leadership and direction to ensure the protection of public health and safety, safety of property, and the national security and foreign policy interests of the United States during commercial launch and reentry activities. He is also responsible for encouraging, facilitating and promoting the U.S. commercial space transportation enterprise.
Mr. Monteith was appointed to his current position on January 20, 2019, following his retirement from the United States Air Force in December 2018, as a Brigadier General, after serving 29 years. His last Air Force assignment was as the Commander of the 45th Space Wing and Director of the Eastern Range on the Space Coast in Florida. In these roles, he operated the world's busiest spaceport and led over 9,000 military, Department of Defense civilian and contractor personnel. During his three years at the 45th Space Wing, he oversaw the successful execution of 66 launches, 23 booster landings, and the successful operational use of autonomous flight safety systems. He was responsible for over $4B in infrastructure, an annual budget of over $400M and $93M in construction projects across three major installations. Immediately prior to that assignment, he served as the Senior Military Assistant to the Secretary of the Air Force.
Mr. Monteith previously served as the Assistant Deputy Under Secretary of the Air Force (Space) and as the Commander of the 50th Space Wing where he led more than 5,300 military, DoD civilian and contractor personnel serving at 14 operating locations worldwide in support of more than 170 communications, navigation, weather and surveillance satellites with their associated systems valued at more than $66 billion. His career also encompasses a variety of leadership positions to include Director, Navigation Warfare in the Office of the Secretary of Defense and on the Air Staff as Deputy Chief, Space Superiority Division. Finally, after beginning his career as a Peacekeeper Inter-Continental Ballistic Missile launch officer, he later commanded the Air Force's only space and missile training squadron.
Mr. Monteith holds a Bachelor of Science degree from the University of New Mexico, where he earned his commission as a Distinguished Graduate of their Reserve Officer Training Corps program. He also holds Master of Science degrees from Leslie University and the Dwight D. Eisenhower School for National Security and Resource Strategy. 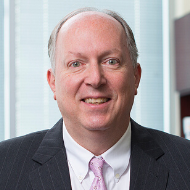 Gregg Leone
Vice President, Director Center for Advanced Aviation System Development, The MITRE Corporation
Gregg A. Leone is the vice president and director of the Center for Advanced Aviation System Development (CAASD) at The MITRE Corporation. CAASD is the federally funded research and development center that MITRE manages for the Federal Aviation Administration. In this role, Gregg leads MITRE’s overall domestic and international civil aviation, aviation/aerospace, and transportation strategy and business operations. 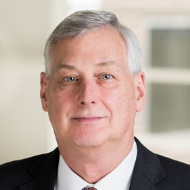 Terry McVenes
President and CEO, RTCA, Inc.
Terry McVenes was named the President and CEO of RTCA, Inc. in November of 2018. Founded in 1935, RTCA is a private, not for profit association that brings together the brightest business, technical, operational, and regulatory experts from across the aviation industry to find common ground for higher levels of performance standards in global aviation.

McVenes came to RTCA after spending the past decade at The Boeing Company, where he held the position of Director of System Safety and Regulatory Affairs. In this position, McVenes directed operations support to assist countries and customers with regulatory approvals to ensure efficient and effective flight operations. He was appointed to that position in November 2009 after a 30-year career as an airline pilot. He was responsible for the execution of the Commercial Airplanes safety, regulatory, and rulemaking initiatives throughout the world. McVenes also led Boeing’s relationships with the International Civil Aviation Organization (ICAO), the U.S. Federal Aviation Administration (FAA) Flight Standards Service organization, pilot associations, and other industry groups. He represented Boeing on the Commercial Aviation Safety Team (CAST) and the Aviation Safety Information Analysis and Sharing (ASIAS) Executive Board.

Prior to joining Boeing, he served as the Executive Air Safety Chairman for the Air Line Pilots Association, International (ALPA), representing ALPA pilots in airline safety and engineering matters arising within the industry. McVenes has also served as the industry co-chairman for several FAA Aviation Rulemaking Committees, one of which developed the ASIAS program and its corresponding procedures and operations plan.

McVenes has testified before Congressional committees of both the U.S. Senate and U.S. House of Representatives and has spoken at many international forums on a wide variety of aviation safety topics. He has also authored numerous articles on aviation safety, which have appeared in national and international publications.

In addition to his work in aviation, McVenes has provided expert consultation on safety to the National Highway Traffic Safety Administration (NHTSA), the Alliance of Automobile Manufactures, the helicopter safety community, and the medical industry.

In August 2008, McVenes was the recipient of the 2007 ALPA Annual Air Safety Award, ALPA’s highest award for aviation safety work by a line pilot.

Prior to starting his airline career, McVenes was employed as an engineer for the Boeing Company in Seattle, Washington. He holds a Master of Business Administration from Seattle University with a Leadership Specialization, a Bachelor of Science degree in aerospace engineering from the University of Colorado, and the Certificate of Aviation Safety Management from the University of Southern California. He also serves on the Board of Governors for the Flight Safety Foundation.
You’re registered
KmVOislDjkZnaIEy Tyler Reid
witagetionxb@gmail.com
This webinar has ended.
Register To Watch Recording
All RTCA, Inc. webinars
Powered by BigMarker