About This Webinar
Balancing work and life is no easy task! The constant demands of clients coupled with all of your other life responsibilities can sometimes just be overwhelming. Join us for this panel discussion with beauty pros from across the country to learn some of their techniques to gain a balance between work life and home life. 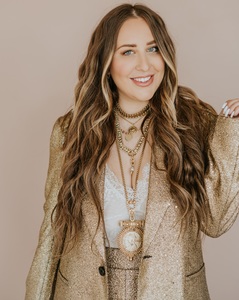 While passionately working in the beauty industry since 2009 she has been able to work around the globe, performing on stages and working alongside the industry's leading artists. She has performed on stages globally, all major hair shows nationwide, worked NYFW, worked major music videos, worked with celebrity clients and been published and recognized by online magazines and print magazines such as Behind the Chair, Allure, Modern Salon, American Salon, Modern Salon, Colorist Mag, Hair's Hot Now and featured on countless blogs.

She is now a single mother who owns her own successful namesake salon that has been published and is known for her signature effortless color and gorgeous extensions.

In 2015 Elizabeth Faye's blonding education was founded and she was at the forefront of independent education companies who were making an impact in the industry. Since 2015 Elizabeth Faye and her team have taught thousands of stylists and been to over 70 cities and taught over 100 classes. She is known for her natural coloring techniques and methods and painting blondes with a paintbrush. She is also an expert at color, placing and working with extensions.

What truly sets Elizabeth's education apart is Elizabeth's passion for educating stylists in their business on their business. There is so much more to hair than hair. She is a proud Color Brand Ambassador for Redken and gets to share her message on stages and at shows. Her passion baby- Hair Love Tribe was launched in 2017 and has been a revolution in the beauty industry. 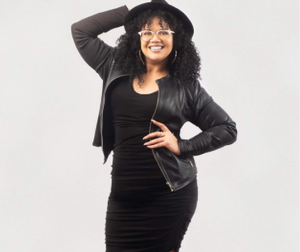 Didi attended Paul Mitchell the School - Esani, is a 2019 Graduate of PBA's Beacon Elite Student Program and now serves as a Peer Mentor for the program.

With more than two years in the beauty industry (and a decade of business experience prior to beauty), Didi now focuses on all things curls. She's also a Hanzo team member and offers hair and makeup services for photo shoots. 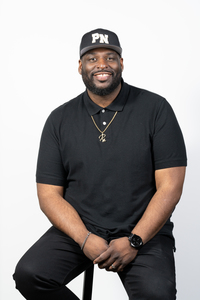 John Mosley
John Mosley, who calls himself and his trademarked line of apparel and accessories and so much more the “Popular Nobody,” is one of the most sought after barbers in the industry—but that’s only one of the cards he holds in his “Renaissance Man” deck of talent.

With over 15 years of passion and experience, John and his career have been on a steady incline, seeing his dreams unfold since the days at his alma mater, the John Wesley Barber College in Long Beach, California. John is the founder and team lead for his Popular Nobody brand.

His hard work, insatiable drive, and unstoppable tenacity for his craft allow John to keep his chair in a constant rotation of devoted clientele, while his zest for what’s new and next keeps his technical skills a cut above the rest. John has been named Top 100 industry game changers by Modern Salon Magazine, as well as Barber Educator Of the year by Barbershop Connect.

John’s individualized aesthetic has been showcased onstage in Eminem and Rihanna’s acclaimed “Monster Tour" and a film titled Deuces that will be featured on Netflix. John’s large list of clients includes actors Larenz Tate and Idrs Elba, along with some of the most talked-about names in the music industry today, such as Kendrick Lamar, Schoolboy Q, Jidenna, and many more. No stranger to the athletic world, John also works with the NFL Players Association (NFLPA), Major League Baseball players, and a few NBA players.

As John continues his journey in the industry his goal is to help as many people as possible, give back and inspire. In addition to the brand he has launched his PN Production, PN Affiliate Program and mentorship program. In 2020 John Mosley and his wife Jessica Mosley launched The Nobody Way Foundation, which is a nonprofit that will help give the world an opportunity at a trade. 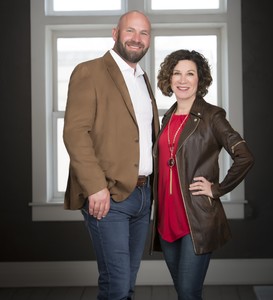 John Ball & Lisa Goyette
John Ball and Lisa Goyette are the principal owners and co-founders of CH Training and Coaching. They specialize in working with leaders, professionals and businesses to help create healthy, productive and engaging work environments by helping to humanize and maximize the potential of each person who is a part of any organization. They pride themselves on developing a customized approach that is unique to the culture of each client that they work with.

As certified Emotional and Social Intelligence Coaches, Lisa and John understand that the human capital of any organization is what matters most. Utilizing a “Relationship First” focus, the work Lisa and John provide results in: Fostering Healthy Work Environments, Employee Engagement, Increasing Productivity, Improved Communication Skills, Workplace Empathy and Cultural Awareness, and Confidence Building to name a few.

They are highly skilled trainers, business coaches, public speakers and key note speakers. They have successfully trained thousands of people. 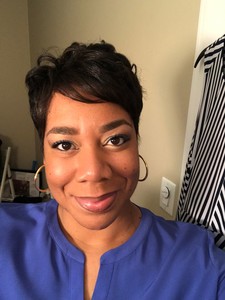 Melissa Watson
: Melissa Watson is an Innersense Organic Beauty Educator based in New York. A hair stylist forever 20 years, she specializes in healthy hair of all types and textures. Her philosophy on life and hair is to love...not in word...but in DEED. Find her on Instagram @mdhairstylist
All Professional Beauty Association webinars
Powered by BigMarker