Digital Dialogues
The Connected Lab – delivering seamless data capture and flow across research and production laboratories
About
The latest Digital Dialogue from the Lab of the Future team features two new case studies and will be followed by a discussion with audience questions welcome.
When
Thu, May 19, 2022 · 3:00 PM London (GMT 1:00)
WEBINAR ENDED
Agenda
Presenters 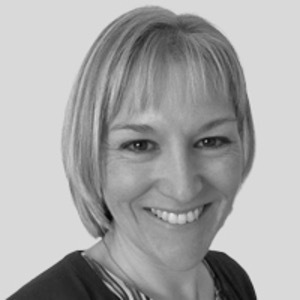 Penny Smee
Senior Product Owner & Product Manager at GSK
Senior Product Owner & Product Manager for GSK in the R&D Tech division with 20 years’ experience in pharmaceutical R&D at Pfizer and GSK. A PhD biochemist by training, I spent 14 years in early research high throughput screening/compound profiling before transitioning to IT. I have delivered IT solutions across CMC functionalities: CG&T supply chain, multi-modality QC LIMS & CMC data access tools, and I am passionate about realising data accessibility in CMC to match the capability in early research. Currently I am accountable for the Tech strategy to digitalise CMC Lab Data Capture from point of generation to availability for re-use, leading the delivery of a multi-modality global CMC ELN deployment and multiple Lab of the Future initiatives. 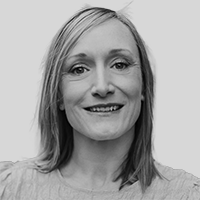 Nicola Gardner
Sr. Manager, Product Marketing – Digital Solutions at Thermo Fisher Scientific
As Sr. Manager, Product Marketing for the Digital Solutions business at Thermo Fisher Scientific, Nicola leads the marketing strategy around our product portfolio and drives initiatives to help customers understand how they can apply laboratory software to move towards a smarter lab and digitally transform their business. A Masters in Analytical Chemistry and a wealth of laboratory experience provides Nicola with a solid understanding of process, data and connectivity challenges. Nicola helps to drive discussion around technology adoption to inform businesses on their digital transformation journey and to enable scientists to spend more time focusing on science. 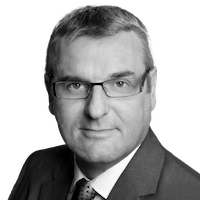 Frank Wahl
LIMS Program Manager at Covestro
Frank Wahl started his career working as a lab technician for almost 17 years at Bayer AG, which later transformed into Covestro AG. Following his interests he moved into a position as R&D IT Project Manager, taking over as project lead of several
local and global IT projects. One of these projects was the first Thermo Scientific SampleManager LIMS implementation for Bayer in 2008, which then developed into a companywide implementation program, including the implementation of more than 20 instances of SampleManager LIMS globally. In his current role as R&D Solutions Manager, Frank continues to manage the LIMS as well as other digitalization projects within Covestro.
You’re registered

All Lab of the Future; Digital Dialogues webinars
Powered by BigMarker