This Session brings together top hospitality leaders to discuss and share knowledge on the current Covid-19 crisis, recovery, and approaches to winning during recovery.

Current Landscape and When/What to Expect in Recovery
What strategies different organizations have adopted to date?
What's working and what's not.
Marketing in lockdown and recovery.
"If I were a.. (GM, VP Ecomm, VP RM) what I would be ding right now is....." 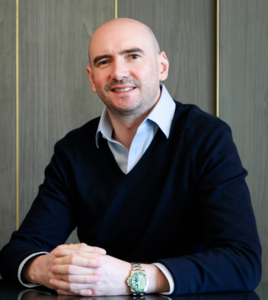 Co-Founder and Managing Director at Maison Privee
Paul Mallee is a co-founder and Managing Director with Maison Privee. He has extensive expertise in travel/tourism, strategy, program management and corporate development. Most recently Paul served as Director of Strategy and Transformation at Transguard Group (an Emirates Airlines Group company). He is a former Head of Strategy at Etihad Airways and an alumnus of the global strategy consultancy Strategy& (formerly known as Booz & Company / Booz|Allen|Hamilton) providing advice to travel/transport sector clients. Paul also served as Chairman of Bus Eģireann, Ireland’s national bus/travel company and as Board Director of CIEģ Group, parent of Ireland’s national travel, railway and bus companies. He is an elected Fellow and former President and Chairman of the Board of the Chartered Institute of Logistics and Transport (CILT). Paul has a Masters in Business Studies (Strategy) from the Michael Smurfit Graduate School of Business, University College Dublin and a Bachelor of Commerce from University College Dublin.
VIEW PROFILE 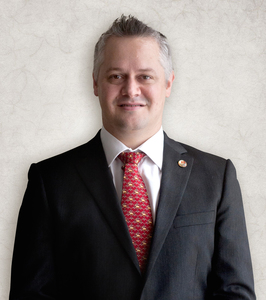 Executive Director & Senior Vice President of IT, ECommerce & Distribution
• More than 18 years of experience as an Information Technology specialist in E-Commerce and online marketing and distribution systems.
• Has held Senior management positions in New Zealand, Japan, Russia and the Philippines.
• Spent 12 years in Japan, Russia and the Philippines as Senior Vice President for ValueCommerce (TYO:2491), one of the largest online Affiliate Marketing & E-Commerce companies in Japan and now a subsidiary of Yahoo Japan.
• Globally in charge of E-Commerce, Distribution and Information Technology for Swiss-Belhotel International.
• Joined Swiss-Belhotel International in 2012
• Graduated with a Bachelor’s Degree in Computer Science from Auckland University.
VIEW PROFILE 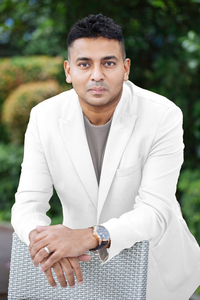 Vice President of E-Commerce & Revenue Management Chroma Hospitality
Sunish Sadasivan has worked with several hotels and resorts chain for the past 18 years doing Revenue Management and E-Distribution at Property as well as Corporate levels, for which his primary job scope was to maximize overall hotel revenue; while balancing profitability through implementation of an effective revenue management process and data driven fact based business decisions. A proud Advocate of Direct Brand Business, he has pre-opened two hotel chains located in Dubai and Philippines leading the Revenue, E-Commerce and Reservation Sales teams. He has also successfully set up Revenue Management systems including Ideas and EZRMS in his previous companies with hands on Training experience in building the Revenue Management culture. He is currently the Vice President of eCommerce and Revenue Management for Chroma Hospitality in the Philippines.
VIEW PROFILE

Prior to joining RateGain, Apurva was the Global Head of Corporate Marketing for HCL Technologies, an US$ 8 Bn global IT major. Under his leadership HCL became the fastest growing brand in the Interbrand top Indian brands list for 2 years in a row (No. 17 in 2016) and was ranked at No.378 and valued at US$ 4.4 Bn in the Brand Finance Global 500 2017 league table. Between 2013-17, HCL campaigns won 110 prestigious global and regional marketing awards. In his 12 years at HCL, he played an integral role in scaling the company from US$700 Mn to US$ 8 Bn. Prior to HCL, he was the youngest country manager at Ranbaxy (now Sun Pharmaceuticals) leading the business in ANZ. In various parts of his career, he has worked in Asia-Pacific, India, Africa, the UK and North America.

Apurva was recognized by The Economic Times as amongst the top 10 angel investors in India in 2019. Some of his investee companies include Witty Feed, Inc. 42, Josh Talks, Funlockar, CubeRoot, Chq Book Innov8, Simulanis VR, Lucideus Tech, Skill Acquire, SHEROES and ProEVE among others.

In addition, Apurva is a columnist for Pitch and Digital Market Asia. His book You are the Key: Unlocking Doors Through Social Selling (Bloomsbury) hit #2 in the Amazon India Best-Sellers list within 20 days of being launched in Jan 2016 and is currently a best-seller on the WH Smith best-seller list as #1. It was also recognized by Prime-minister Narendra Modi for contributing to Digital India. His second book Master Growth Hacking (Random House Penguin) features in the trenches stories of top internet companies in India and was released in August 2018.

He is the President Elect of the Rotary Club of Delhi Mid-West focusing on programs that are solving rural sanitation, water and education problems. He recently co-founded the NGO, ShowCause.org to lead change in accessible healthcare for all in India.

He completed his schooling from the prestigious Mayo College, Ajmer and holds a double master’s in business management (IMI) and advertising (IIMC). He is an alumnus of the Harvard Business School, Boston and pursuing his PhD. in digital engineering from Indian Institute of Technology, Delhi.
VIEW PROFILE