Purchase the full series with access to the previous recordings and study materials here: https://bit.ly/330RcV3

The final talk of the series will begin with the long reign of Queen Victoria, who gave her name to one of the most self-confident ages in British history. She presided over “the empire on which the sun never sets”, and her kingdom led the world in trade and industry. Victoria’s Windsor successors weathered the storms of two world wars, but affairs of the heart posed an arguably greater threat to their crown. The abdication of Edward VIII so that he could marry the American divorcee Wallis Simpson was mirrored in more recent times by the controversy surrounding Elizabeth II’s grandson, Prince Harry. Bringing us right up to date, the talk will conclude by considering what lessons Britain’s future monarchs can draw from the past 1,000 years. 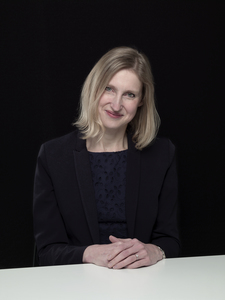 Tracy has presented a number of history programmes for Channel 5, Yesterday TV and the Smithsonian Channel, including The Fall of Anne Boleyn, Inside the Tower of London and Henry VIII and the King’s Men. She is a regular contributor to BBC History Magazine and gives talks on her books across the country and abroad. She works part-time as joint Chief Curator of Historic Royal Palaces and as Chief Executive of the Heritage Education Trust.
You’re registered


Check your email for a confirmation and link to attend the live session.
£15.00 Buy a Ticket
Reserve Your Spot
All Immediate Media Co. webinars
Powered by BigMarker