BBC Sky at Night Magazine
BBC Sky at Night Magazine: Yuri Gagarin - the untold story of the first human in space with Stephen Walker
About
On 12 April 1961 Yuri Gagarin, a 27-year-old Russian ex-foundry worker and father of two, climbed inside a tiny spherical capsule and blasted into the skies on top of the Soviet Union’s most powerful intercontinental ballistic missile.

Eleven minutes later he was in orbit, circling the globe 10 times faster than a rifle bullet – the first human to leave our planet and journey into the unknown realm of space.

Join Stephen Walker, documentary director and author of Beyond, an exhilarating new book on this dramatic chapter of humanity’s greatest adventure, as he tells the gripping tale of the race between the superpowers to put the first person in space on its 60th anniversary.

In conversation with Editor Chris Bramley, our speaker will give a unique insight into why Gagarin was selected to be the first human to leave our planet, drawn from extensive original research and vivid interviews with people who knew him.

He will also unpack the contrasting approaches to the space programmes in the USSR and the USA, which played out against the backdrop of political confrontation in the depths of the Cold War.

Illustrated with rare archive images of Gagarin’s 1961 flight to space, its lead-up and reception, the talk will give a unique insight into the cosmonauts, scientists and engineers who put the first person in space, and pushed humanity further out to the stars.

As always, you'll be able to submit your questions throughout the talk which will be answered in the second part of the presentation to be answered live.

To buy your copy of Beyond, with a book-plate signed by Stephen Walker, click here - https://www.foxlanebooks.co.uk/product-page/pre-order-beyond-with-signed-bookplate-out-1-4 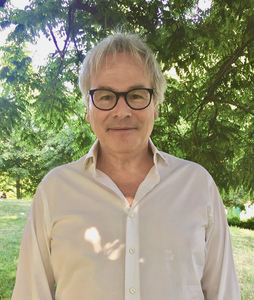 Stephen Walker
Stephen Walker is an award-winning documentary director and writer. With a BA in History from the University of Oxford and an MA in History of Science from Harvard University, his latest book, Beyond, draws on extensive original research and vivid eyewitness testimony to get to the heart of events that culminated in Yuri Gagarin becoming the first human to fly to space in April 1961. His previous book Shockwave: Countdown to Hiroshima was a New York Times bestseller, while his films have won an Emmy, a BAFTA and Europe’s most prestigious documentary award, the Prix d’Or. 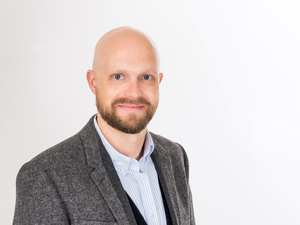 Chris Bramley
Chris Bramley is the Editor of BBC Sky at Night Magazine. A journalist by training, he has been covering space and astronomy since 2005 and has headed up the magazine's editorial team since 2011.


This webinar has ended.
£10.00 Buy a Ticket
Register To Watch Recording
All Immediate Media Co. webinars
Powered by BigMarker