ICNTN
, you’re registered for this webinar ! Manage registration →
You don't have permission to view this recording. Please log in or use your personalized link.

Encephalopathic Newborn: It is not HIE, then what? 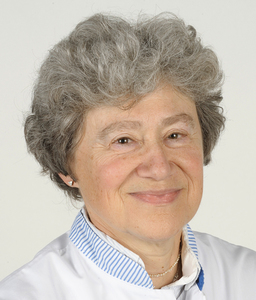 Linda deVries
Emeritus Professor
Linda S. de Vries trained as a pediatrician and neonatologist in the Wilhelmina Children’s Hospital in Utrecht, the Netherlands. Subsequently she also trained as a pediatric neurologist in Leuven, Belgium. Since 1989 till 2019, she has worked in the department of Neonatology in Utrecht, where she is now an emeritus professor in Neonatal Neurology.

Her research focuses on prediction of neurodevelopmental outcome in high risk preterm and full-term newborns, using neurophysiology and neuro-imaging methods.  These at risk children were also seen by her in the follow-up clinic. She has a special interest in neonatal stroke and brain plasticity.  She co- authored three books, The, Atlas of Neonatal Brain Sonography; The atlas of amplitude-integrated EEGs in the newborn and Beyond the NICU.