Accessibility isn’t nice to have; it’s necessary. With more than one billion people in the world living with a disability, accessibility is essential to the progress of all people. Microsoft’s mission is to empower every person and organisation on the planet to achieve more. There is no limit to what people can achieve when technology reflects the diversity of all those who use it.

What can you expect: 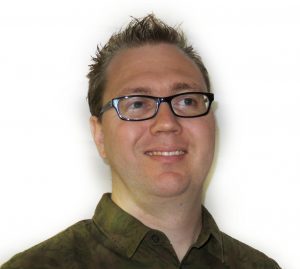 Arran Smith
Microsoft’s UK SEND & Dyslexia Consultant
Arran Is a dyslexic entrepreneur that was diagnosed with severe dyslexia at the age of 9, along with other tendencies of neurodiverse conditions. For many years Arran has used the metaphor that dyslexia was like going to the dentist, the feelings of stress and anxiety was always there at that young age but with support from his parents, the Leicestershire Dyslexia Association and several teachers Arran understood his dyslexia, both his difficulties and his strengths.

During Arran’s working life he has worked in many industries including youth work, retail business and the not-for-profit sector. Over the past 20 years Arran has dedicated his career to the field of dyslexia and special education needs and disability. Arran also previously worked at the British Dyslexia Association and is currently chairman of the Leicestershire Dyslexia Association.

Arran’s career has continued in the field of dyslexia with now being the Managing Director of the SEND Group Ltd, Founder and Event Director of the Dyslexia Show LTD along with several other Directorship and Non-Executive roles.

Over the past five years Arran has and is currently working in the education sector supporting SEND with several consultancy roles in the sector including, St David’s’ College (Independent school specialising in dyslexia) and more recently with Microsoft as the UK’s Dyslexia and SEND Consultant.

Arran has spoken at many schools, large conferences and events across the UK and at Dyslexia National conferences in India, Canada and the USA.


This webinar has ended.
Bett Academy
Powered by BigMarker