GWC Plus
Governors' Meeting with Parents
About
Twice a year there is the opportunity for parents to meet Governors and members of the Principal's Leadership Team for a briefing about strategic issues. The next of these meetings will take place virtually on Wednesday 27 April at 6pm. There will be a briefing by the Principal about priorities for the forthcoming year and the Chair of the Finance Committee and the Bursar that will provide an update on the School's finances including likely fee levels for Session 2022/23.

If you would like to ask any questions ahead of the meeting, please email them to b.nicol@gwc.org.uk by 22 April.

Lee is also a Member of the Liaison Committee. 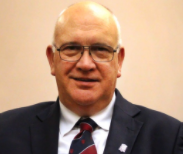 Roddy Maclennan
Chair of the Governing Council
The Governing Council works with the School's management team to develop the high quality all-round education associated with George Watson's College. The Governors are actively involved in the life of the School, attending performances, shadowing staff and pupils, and taking part in some of the many extra-curricular and outdoor activities that take place throughout the school year.

The Governing Council is assisted by five main committees, with the following primary roles:

The Education and Pupil Wellbeing Committee ensures that Learning and Teaching in the School meet the very highest standards, always prioritising pupil wellbeing.

The Property and Facilities Committee oversees the maintenance and development of the property, buildings and facilities, including IT Services, and ensures these support the achievement of the School's strategic priorities.

The Finance Committee ensures that the financial resources of the School are prudently managed to support current operations and to enable the achievement of the School's strategic priorities.

The Staff Committee oversees all matters relating to the employment of staff. 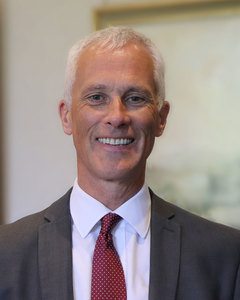 Gordon Boyd
Head of Senior School, George Watson's College
Gordon Boyd has been Head of Senior School since 2016. He leads all of the work of the Senior School, its pupils and staff. He is responsible for enabling all secondary age pupils to make the most of their time at Watson's and - with his Deputy Headteachers and Principal Teachers - for leading our talented team of teachers, technicians, librarians, classroom assistants and other education professionals.

Gordon is an experienced teacher and leader, previously Headteacher in two large comprehensive schools, a Senior Adviser and Chief Officer in a Local Authority. After many years working in England and abroad, Gordon's move to Watson's was also his homecoming to Edinburgh.

George Salmond
Head of Junior School
George started at George Watson’s College as a class teacher in 1995 and has been the Head of the Junior School since 2016. The core focus of his role is the wellbeing of pupils and their learning and teaching. He is always looking to enhance this focus in innovative ways with a wide range of enrichment activities.

Before a career in teaching, George played cricket for Scotland, participating at the 1998 Commonwealth Games and the 1999 World Cup. He then became a football referee in the Scottish professional leagues for nine seasons.

These experiences allowed him to travel the world and create special memories. George maintains that any opportunities our school can create for our pupils to 'follow their dreams' are very welcome and should be encouraged.

Su Breadner
Chief Operating Officer
Su Breadner provides leadership to a diverse group of our school's support staff including Human Resources and Payroll, IT, Facilities Management (including Catering, Cleaning, Grounds, Janitorial and Trades Services), Administration and Reception, Nursing Services and Data Management. She is also responsible for the generation of income through the Galleon Club, Myreside Pavilion and facilities hire.

Su is a Chartered Fellow of the Chartered Institute of Personnel and Development and has had a 30 year career within and around the HR profession, working in a variety of sectors including transport, banking, food manufacturing and further education. During her career, she has also acquired IT development and advanced project management skills.

Karen Goodman
Director of Admissions, Communications and Development
Karen Goodman joined Watson’s in September 2018, having gained over 30 years experience in alumni, development, marketing and international recruitment in the Scottish higher education sector. Her key areas of responsibility at our school are fundraising and engaging former pupils and the wider Watsonian community in life on campus, as well as managing and supporting the Admissions, Communications and Outreach teams.

The main focus for the Development Office is the delivery of the No Limits fundraising campaign, which has a target to raise £25million by 2030 for foundation places, capital and community outreach projects; and to increase participation and engagement with the Watsonian Community.

Melvyn graduated in English from the University of York and trained to be a teacher at the University of Durham. He began his career in Northamptonshire, teaching at Oundle School and enjoying a short and not massively successful political career which culminated in being elected Mayor of Oundle in 1993. He also served very briefly as an election observer for the Council of Europe before moving to Monmouth School as Head of English and being promoted as Director of Studies there in 1997. In 2001 he transferred into the state sector as Headmaster of Old Swinford Hospital in Stourbridge, serving for six years and subsequently moving to Norfolk as Principal of Wymondham College.

Melvyn was a member of the National Executive of the Boarding Schools’ Association (2004-2010) and was Chair of the Association in 2008-09. He has undertaken a number of governance roles in schools, academies and the FE sector. He has served as a Director of the Scottish Council for Independent Schools (SCIS) and of Connect - the Scottish Parent Teacher Council. He is currently a member of the Council of School Leaders Scotland. Melvyn is a Burgess of the City of Edinburgh and also an Honorary Life Fellow of the College of Optometrists, a distinction awarded in recognition of his service to the profession as a Lay Member of College Council.

Melvyn will become Chair of the Headmasters’ and Headmistresses’ Conference (HMC) for the 2022/23 Session. HMC represents the Heads of 296 leading independent schools in the UK, Ireland and around the world, which between them are responsible for educating over 240,000 young people. The organisation has an important voice in the development of education policy and good practice, provides training, induction and professional development for Heads and the staff of HMC schools and provides a quality “kite mark” for British education internationally. This will be only the third time in over 150 years that this prestigious position will have been held by the Head of a Scottish school, and Melvyn will be following in the footsteps of former GWC Principal, Sir Roger Young, who was Chairman of HMC in 1976.

Melvyn is married to Catherine Stratford and they have two adult children. Melvyn retains a personal interest in politics as well as cultural pursuits and vintage transport. His articles on educational and related themes are published from time to time in the TES Scotland and elsewhere. 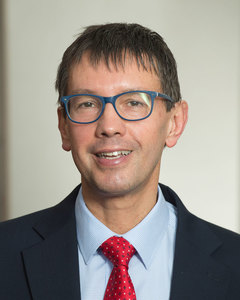 James Mills
Bursar, George Watson's College
James Mills has been Bursar of Watson's since 2003 and his main responsibilities are Finance and Compliance. He is also Clerk to the Governors, providing support to the Governing Council and its Committees. In addition, he reports to the Merchant Company Education Board, the charity which owns and operates our school, on financial matters and risk.

He is a Chartered Accountant with a long track record of financial management in financial services and the service sector.

James ensures our school complies with a wide range of laws and regulations, from charity law and accounting regulations to health and safety, employment law, data protection and building regulations.
You’re registered


This webinar has ended.
REGISTER
All GWC Plus webinars
Powered by BigMarker