CONFERENCE
, you’re registered for this webinar ! Manage registration → Not ? Click here
Registration is full. If you have already registered, please log in or use the link from your registration confirmation email.

WEBINAR ENDED
Edit
About This Webinar
Galway Metals is well capitalized with two mining projects in Canada, Clarence Stream, an emerging gold district in New Brunswick, and Estrades, the former producing, high-grade VMS mine in Quebec. The Company began trading on January 4, 2013, after the successful spinout to existing shareholders from Galway Resources following the completion of the US$340 million sale of that company. With substantially the same management team and Board of Directors, Galway Metals is keenly intent on creating similar value as it had with Galway Resources.
Agenda
Presenter 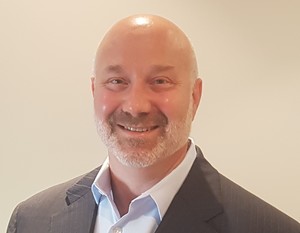 Larry Strauss
Vice President of Corporate Development, Director
Mr. Strauss has over 30 years’ working in the mining industry in different capacities. More specifically, Mr. Strauss has 18 years of experience as a mining and commodities analyst in both Canada and the United States, followed by 12 years as a Director and advisor to resource exploration companies. He was most recently a director at Galway Resources from April 2009 until its acquisition in December 2012. Prior, Mr. Strauss was a Director at GMP Securities, where he spent seven years as a mining analyst. During his time with GMP, the firm secured advisory roles on mergers and acquisitions, and raised several billion dollars for many leading international mining companies, including Goldcorp, Kinross Gold, Wheaton River, Bema Gold, Ivanhoe Mines and Northgate Minerals, among others. During his career, Mr. Strauss has been awarded “Best on the Street” in the Mining and Metals category by the Wall Street Journal. Earlier in his career, Mr. Strauss worked with Canaccord Capital, Prudential Securities and Merrill Lynch.

All FTMIG webinars
Powered by BigMarker