WEBINAR ENDED
Edit
About This Webinar
enCore Energy Corp. is focused on working towards becoming a domestic United States uranium producer. With significant existing resources in the southwest United States and a binding letter of intent to acquire production facilities in Texas along with additional uranium resources in New Mexico, enCore will, upon completion of the Westwater transaction, hold the largest uranium position in the Grants Mineral Belt and licensed processing facilities in Texas.
Agenda
Presenters 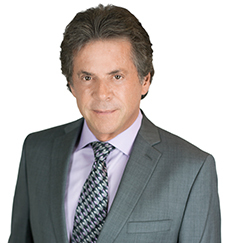 William M. Sheriff
Executive Chairman
An entrepreneur and visionary with over 30 years’ experience in the minerals industry and the securities industry, Mr. Sheriff was a pioneer in the uranium renaissance as co-founder and Chairman of Energy Metals Corp. He was responsible for compiling the largest domestic uranium resource base in US history before the company was acquired by Uranium One Corp for $1.8 Billion. Mr. Sheriff also founded and serves as Chairman of Golden Predator Mining Corp. Mr. Sheriff co-founded and previously served as Chairman of Till Capital and EMC Metals Corp., and as a Director of Western Lithium USA Inc., Uranium One Inc., Midway Gold Corp., Eurasian Minerals Inc. and Starcore International Mines Ltd. Mr. Sheriff was also a registered representative, holding positions with A.G.Edwards and Mitchum Jones and Templeton, in addition to having his own securities firm. Mr. Sheriff holds a B.Sc degree (Geology) from Fort Lewis College, Colorado and an MSc in Mining Geology from the University of Texas-El Paso. 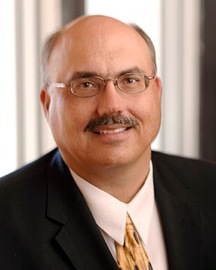 Paul Goranson
CEO
Paul Goranson is an experienced executive with extensive expertise across
the uranium sector. He has over thirty years of mining, processing and
regulatory experience in the uranium extraction industry which includes both
conventional and in-situ recovery (ISR) mining. Most recently, Mr. Goranson
was the Chief Operating Officer for Energy Fuels Resources (USA) Inc. He
was closely involved with the company’s efforts at the federal level on trade
actions and the President’s Nuclear Fuel Working Group interagency process.
Mr. Goranson has previously served as President, Chief Operating Officer and
Director for Uranerz, President of Cameco Resources and Vice President of
Mesteña Uranium LLC. His experience includes a term as Manager for
Radiation Safety, Regulatory Compliance and Licensing with Rio Algom
Mining LLC and various operational management positions for Westwater
Resources (formerly Uranium Resources Inc.). Mr. Goranson has also been
involved with many professional associations having been President of the
Uranium Producers of America, President of the Wyoming Mining Association
and Chairman of the Uranium Environmental Subcommittee for the National
Mining Association. He has also been a Board Member for the National
Mining Association and the Brush Country Groundwater Conservation District.
Mr. Goranson is a registered Professional Engineer in the State of Texas, and
he holds a Master of Science in Environmental Engineering and a Bachelor of
Science in Natural Gas Engineering from Texas A&M University-Kingsville
and Texas A& I University, respectively.

All FTMIG webinars
Powered by BigMarker