WEBINAR ENDED
Edit
About This Webinar
Golden Predator is advancing the past-producing Brewery Creek Mine towards a timely resumption of mining activities, under its Quartz Mining and Water Licenses, in Canada’s Yukon. The Brewery Creek Mine project has established resources grading over 1.0 g/t Gold and a study currently underway by Kappes Cassiday to consider the feasibility of a restart reprocessing the existing heap leach material and incorporate new oxide material from the licensed resources and feasibility level mine planning at Tetra Tech. Drilling continues to expand the open-ended mineralized areas and untested targets across the 180 km2 brownfield property located 55 km by road from Dawson City, Yukon with an updated 2020 Mineral Resource Estimate nearing completion which will incorporate 2019 drilling designed to expand resources located between existing pits.

The Brewery Creek Mine is a licensed brownfields heap leach gold mine that was operated by Viceroy Minerals Corporation from 1996 to 2002. The Brewery Creek Mine was put into Temporary Closure in 2002 following a collapse of the gold price below $300 US per troy ounce. Golden Predator’s team commenced work on the project starting in 2009 and intends to resume mining and processing of licensed deposits when supported by an independent study that outlines technical and economic viability. The Company is also working with Tr’ondëk Hwëch’in and Yukon Government to expand the licensed mining to include new discoveries and mining activities contemplated for an expansion of mining beyond the existing license. The 180 km2 property is located 55 km east of Dawson City and is accessible year-round by paved and improved gravel roads. Significant infrastructure remains in place, allowing for a timely restart schedule under existing licenses.

The Company has a Socio-Economic Accord with the Tr’ondëk Hwëch’in First Nation. With a healthy treasury and strong management the Company has determined a timely path to gold production is the optimal means to create value for shareholders and continue exploration across the large project through internal revenues. 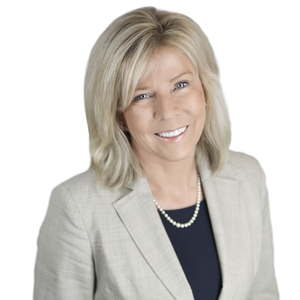 Janet Lee-Sheriff
CEO
Ms. Lee-Sheriff has served as Chief Executive Officer of Golden Predator Mining Corp. since 2015. In addition to managing the Company she brings a strong commitment to aligning the interests of the community, shareholders and the Company. She previously served as the Company’s Vice President of Communications and First Nation Relations and also served as President of Tigris Uranium Corp. Prior to her work in public companies, Ms. Lee-Sheriff managed Cabinet Policy and Intergovernmental Affairs for the Conservative, Liberal and NDP governments of the Yukon, developed the Yukon Economic Forums and delivered gold conferences in North America and the United Kingdom.

She has also worked proactively for over 30 years with First Nation governments and business groups in the Yukon and has implemented innovative programming and initiatives for Golden Predator highlighted by the successful Elders in Residence program. She has negotiated and implemented socio-economic agreements and exploration agreements between the Company and several Yukon First Nations. A strong advocate for sustainability, inclusion and regional economic benefits, she founded the Yukon Mint, Yukon Mining Alliance and the Yukon Mine Training Association securing $20 million in federal funding for aboriginal mine training. She is a recipient of the Queen's Jubilee Commemorative Medal awarded for outstanding achievements by Canadians, is a member of PDAC’s Indigenous Affairs Committee and a graduate of Queen’s University.
All FTMIG webinars
Powered by BigMarker