CONFERENCE
, you’re registered for this webinar ! Manage registration → Not ? Click here
Registration is full. If you have already registered, please log in or use the link from your registration confirmation email. 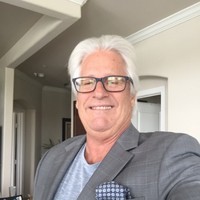 Trey Wasser
President, CEO & Director of Ely Gold Royalties
-President and Director of Research for Pilot Point Partners LLC
-Over 33 years of brokerage and venture capital experience, with 20 years as a corporate finance specialist with Merrill Lynch, Kidder Peabody and Paine Weber
-Specialized in equity/debt re-structuring and cash management.
-Founded Due Diligence Tours organizing analyst tours to hundreds of mining properties in North America.
-President & CEO of Ely Gold since 2010 guiding the Company from a successful exploration & development company to the royalty model in 2016. 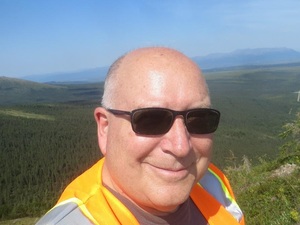 Byron King
Editor, Whiskey & Gunpowder
A trained geologist, Byron King has been with Agora Financial – and now an Agora subsidiary called St. Paul Research – since 2002. Over many years, he wrote a series of newsletters covering the energy and mining sectors, to include small cap juniors. He has traveled extensively, and visited exploration, development and producing sites in 6 out of 7 continents. Byron has also spoken at many resource-themed conferences. Presently, he writes a letter entitled Whiskey & Gunpowder, which explores large scale historical themes and macroeconomic issues, often with angles relating back to basic resources and the fundamentals of wealth creation.
Byron is also a retired officer in the U.S. Navy. He holds earned academic degrees from Harvard, the Naval War College and University of Pittsburgh.

Jamie Horvat, M.Sc
Chief Investment Officer - Oberon Capital Corp.
Jamie’s asset management career commenced in 1999 after several years as a design engineer within the industrial manufacturing sector. He has extensive experience across a variety of mandates covering the North American and Global marketplace, including resources and precious metals, all-cap and small-cap, hedge funds and alternative investments. In addition, Jamie has managed various institutional mandates for clients based in Europe, Asia, the Middle East and North American. Throughout his career Jamie has been acknowledged for his achievements, winning numerous awards for the investment performance of the various mandates he has managed and co-managed. Jamie holds a MSc Finance from the London School of Economics and Political Science (LSE), as well as an Honours B.Comm from McMaster University and a diploma in Mechanical Engineering Technology from Mohawk College in Canada.

Barry Allan
Managing Director, Research - Mining Analyst, Laurentian Bank Securities Inc.
Barry Allan joined Laurentian Bank Securities Inc. in March 2017 as a Mining Analyst, and has more than 30 years of experience in capital markets and investment research. Barry has been consistently ranked among the top 10 precious metal analysts in North America by various rating agencies, and continues to focus on the investment analysis of producers and explorers for gold and silver. Prior to capital markets, Barry worked as an exploration geologist for a number of different mining companies. He holds a Bachelor of Science degree (Honours) and an MBA, both from Dalhousie University, and he is a Fellow of the Canadian Institute of Bankers (FICB).
All FTMIG webinars
Powered by BigMarker