The pair will discuss strategies for balancing cost savings and investment throughout the procurement pipeline. Maximising sustainability and minimising disruption in the face of competition, geopolitics and pandemics.

Dr. Klaus Richter is no stranger to the complexities of procurement in large enterprises. As CPO, Executive Committee Member and MD at Airbus, he was responsible for all sourcing; including parts, components, aircraft systems and services and infrastructure, valued at over €50 billion from over 12,000 suppliers and more than 100 countries. Before that, he led global direct purchasing for BMW and had previously consulted at McKinsey & Company.

Dr. Richter and Samir Bodas will explore the best methods for making targeted investments to improve your procurement operations. How (and when) to invest in people, processes and technology to increase efficiencies while strengthening your pipeline.

This exclusive webinar is a must-attend event for all procurement executives. You will benefit from the insights and experience of a global procurement pioneer; sharing practical advice to develop your team, systems and supplier relationships. 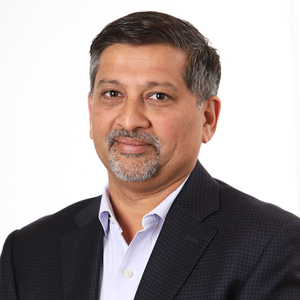 Samir Bodas
CEO and Co-Founder of Icertis
Samir and his team have established Icertis as the undisputed leader in the $20 billion contract lifecycle management (CLM) category, and in 2019 it became the first CLM company valued at over $1 billion. Samir’s leadership is guided by Icertis’ FORTE values—Fairness, Openness, Respect, Teamwork, and Execution—and he believes deeply that in the company’s tireless mission to be the contract intelligence platform of the world, how it gets there is just as important as the destination. 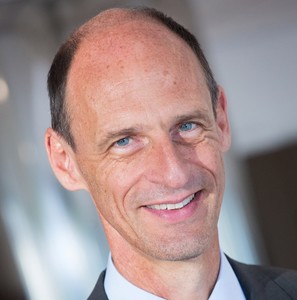 Klaus Richter
Former CPO of Airbus and BMW
Klaus Richter is currently working as an independent, senior advisor in Aviation and Automotive Industry. Until 2019 he was Airbus’ Chief Procurement Officer and Managing Director of Airbus Operations GmbH Germany and member of the Airbus Executive Committee. He also served as President of the German Aerospace Industry Association (BDLI) from 2017 to 2019.

Before joining Airbus in 2007, Klaus Richter headed BMW Purchasing of all procured direct equipment and materials for the automotive business.

He began his professional career in 1993 as management consultant with McKinsey & Company, working in automotive, aerospace, electric power and automation industry, with focus on development and operations. Klaus Richter graduated from the Technical University of Munich where he obtained a doctorate in mechanical engineering in 1991. After graduation he received a Humboldt scholarship and spent two years as a researcher and teacher at the University of California at Berkeley. 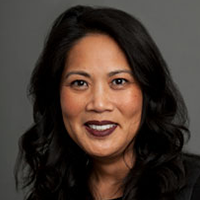 Bernadette Bulacan
Vice President, Lead Global Evangelist at Icertis
Bernadette Bulacan is a frequent speaker regarding the digital transformation of corporate legal departments and global enterprises. As Vice President and Lead Global Evangelist for Icertis, the recognized leader in enterprise contract lifecycle management, she is charged with sharing contract management best practices with legal and contracting teams and evangelizing the use of innovative technologies like AI/ML and blockchain. Prior to Icertis, Bernadette was a co-founder and Assistant General Counsel of Serengeti Law, which created e-billing and matter management platform, Serengeti Tracker (acquired by Thomson Reuters.) She has held leadership roles at Thomson Reuters and QuantAI, an intellectual property AI analytics start-up.

In recognition of her significant contributions to the development of commercial and contract management, Bernadette was recently named a 2021 Fellow of World Commerce and Contracting. She was also recognized as one of the 2020 Women of LegalTech by the American Bar Association.

Bernadette advised start-up technology companies at Graham & Dunn, a Seattle firm and Venture Law Group, a Silicon Valley firm. She received her undergraduate degree from Yale University and her law degree and LL.M from the University of Washington.
You’re registered


This webinar has ended.
All BizClik Media webinars
Powered by BigMarker