Knowledge is power. Learn how to unlock international growth from three brands with global footprints. Each market is unique with its own trends, consumer demands, and cultural sensibilities. Success requires effectively navigating these nuances, creating and executing market-specific strategies. 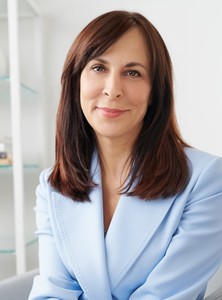 President, bareMinerals and BUXOM
Jill Scalamandre is a seasoned beauty industry executive whose professional experience spans the breadth of mass and luxury brands. An expert in multi-channel distribution, her proven reputation as a forward-thinking brand builder makes her counsel highly sought out by industry peers.

Currently, Jill is the global president of bareMinerals, where she is responsible for the development and implementation of the strategic vision and worldwide growth plans. Under Jill’s leadership, the brand has strengthened its clean beauty heritage, and expanded its commitment to THE POWER OF GOOD, uplifting others and improving the community. Notably, through The Power of Good Fund in the U.S., the brand has supported women around the world through education, mentorship, and entrepreneurialism. Furthermore, Jill has helped to amplify the social conversation around bareMinerals with brand partners like model, Hailey Bieber, and tennis champion Naomi Osaka.

Prior to joining bareMinerals, Jill has held a number of executive roles in the beauty industry at brands including Revlon, Coty, Philosophy, Frederic Fekkai, Strivectin, NIA24 and Avon, where she led double-digit growth of the company’s beauty portfolio. Before joining Avon, Jill served as Managing Director of Prada Beauty, where she opened the beauty division and launched Prada’s award-winning beauty brand.

Jill is the Chairwoman of Cosmetic Executive Women Inc., an organization with 7,000 members committed to advancing the professional growth and leadership development of women in the cosmetic industry. She has received numerous industry awards including CEW Achiever Awards (2003), WWD Innovative Marketer (2004) and HBA Lifetime Achievement Award in Marketing (2007) and the WWD Prestige Marketer of the Year (2015).
VIEW PROFILE 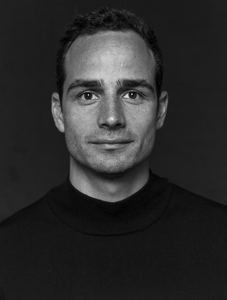 Now, let’s take a walk down memory lane to where it all began. As a 23-year-old grad student in Paris, France, Louis Marty was well beyond his years. Louis saw an opportunity to create a hand sanitizer that would erase the many unpleasant experiences he and his peers had with traditional hand sanitizers. It was time for drying formulas with the smell of bad decisions to take a backseat for good.

From then on, Louis set out to create a product that would bring color to everyday life. His mind began to flood with images of pocket-sized cosmetics formulated with clean ingredients, dreamy textures and magical scents It was at that moment he decided to turn his idea into reality - convincing his professor to allow him to forgo a corporate internship during his final semester at university and launch his own brand. And – poof – just like that, Merci Handy was born.

While Louis was still a student, he worked endless hours working to improve the many imperfections that come along with creating a brand. Over the course of five years, Louis and his team changed the hand sanitizer formula 16 times, thanks to feedback from his community. Now the brand boasts an efficient formula that kills germs, with a 98% natural formula, vegan and with fragrances from the purest rainbows (We are PETA CERTIFIED)
Now, six years later, in between his daily yoga practice, Louis Marty has expanded beyond hand sanitizer. The line consists of everyday essentials in the parallel universe of Merci Handy, infusing rainbows and unicorns into all that he does. His mission is to spread rainbows and positivity everywhere!

Louis is constantly evolving and growing the brand, fostering the Merci Handy community by asking and listening. With a social community of 501K on Instagram, 407K on our French TIKTOK and 35K TIKTOK US (after only 1 month!), Merci Handy considers social media the windows of the company, viewing engagement with consumers as a top priority. Louis is committed to creating safe spaces and spreading positivity within social media, actively fighting against cyber-bullying with the French charitable organization, Marion La main Tendue but also supporting it get better project an organization that supports the LGBTQ+ community to help lesbian, gay, bisexual, transgender, queer youth around the world assert themselves and build a more inclusive world.

After building the brand into a household name in Europe, Louis is excited for a large-scale launch in the United States with ULTA.

Louis is based in Paris, France with his wife, stepdaughter and Ella, bundle-of-joy, born in early 2021.
VIEW PROFILE 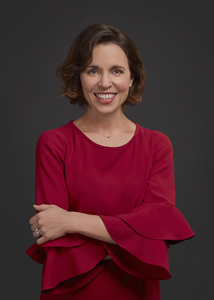 Kussmann has overseen a 360-degree brand refresh with acclaimed new packaging and has brought awareness to the brand's leadership in customer advocacy, innovation, and empowerment that has ultimately made Paula's Choice the largest direct-to-consumer skincare brand. The digital DTC business at Paula's Choice expanded significantly under Kussmann due to the combination of a brand-forward approach and precision marketing in key e-commerce channels. In her tenure, customer acquisition grew five-fold and the highly branded creative developed through an agile approach achieved accolades.

Additional notable growth factors for the brand with Kussmann in the role of Chief Marketing Officer over the past two years include two times the sales growth, four times the Instagram following and over four times customer acquisition.

Under her leadership, Kussmann has elevated innovation capabilities and launched award-winning new products that have become established customer favorites. The key to the company's success has been a combination of her dedication to building talented teams, collaboration, communities and transparently sharing Paula's Choice research & science that has built long-lasting trust with the consumers.

With over 15 years in the beauty industry, Kussmann has built brands from Revlon to Rodan + Fields, driving profitable omnichannel growth. Prior to her success in the industry, Erika worked in management consulting at Bain & Co. and investment banking at Piper Jaffray. Kussmann earned her MBA from Harvard Business School and her BA from the University of Washington.
VIEW PROFILE 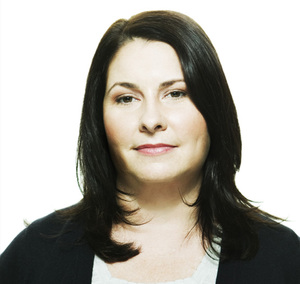 CEO + Founder, BeautyMatter
Kelly Kovack is the CEO and Founder of BeautyMatter, a noted beauty authority, brand advisor and strategist. She began her career in beauty as one of the original executive team members at Bliss, taking on the way women bought beauty as the Managing Director of the Bliss Catalog. This venture fundamentally changed the way beauty products were merchandised, distributed and marketed to consumers leading the acquisition of Bliss by LVMH. As Vice President of Marketing for Dr. Dennis Gross Skincare, she was at the forefront of defining the cosmeceutical category. Kelly also founded consultancy group Purpose Built, providing concept to counter solutions and strategic advisement for startups to Fortune 500 brand and everything in between. In addition, she's also built her own brands, most recently award-winning fragrance brand, Odin, which was co-founded in collaboration with the men's fashion brand. Kelly is the “lens” of BeautyMatter providing a fresh voice to the beauty industry with highly curated news and original content.
VIEW PROFILE CONTACT
Hosted By