Saving Your Clients from Themselves
About
Renowned Israeli-American psychologist Daniel Kahneman long ago recognized that people are hardly “rational actors” when managing their money. Instead, he concluded that predictable biases and behavioral tendencies exert outsized influence over decision making. With investors today drenched in data and financial information, overconfidence is all too common, even among those insisting they possess clear-eyed judgment. In his latest book, Noise: A Flaw in Human Judgment, the former Nobel Prize winner in Economic Sciences argues that to make better decisions investors must embrace a multitude of independent perspectives to reduce the misleading information that often arises from group judgments. Join Daniel and Beverly Goodman, Editorial Director of Investing and Asset Management at Barron’s, as they discuss ways that advisors can help clients understand the importance of "noise" and how to ensure that it does not interfere with client goals being achieved.
When
Wed, Aug 4, 2021 · 3:00 PM Eastern Time (US & Canada) (GMT -4:00)
WEBINAR ENDED
Presenters 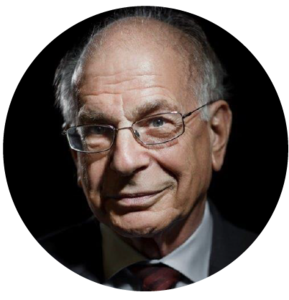 Daniel Kahneman
Author, Economist, Professor Emeritus of Psychology and Public Affairs
Daniel Kahneman is Professor Emeritus of Psychology and Public Affairs at Princeton. Daniel is best known for his work with Amos Tversky on human judgment and decision making, for which he was awarded the Nobel Prize in Economics in 2002. Daniel has also studied a number of other topics including attention, the memory of experiences, well-being, counterfactual thinking, and behavioral economics. Daniel’s book Thinking, Fast and Slow, which appeared in 2010, has sold more than seven million copies worldwide. A new book titled Noise (with Olivier Sibony and Cass Sunstein), published in May 2021, was a New York Times best-seller. Daniel’s honors include, among others, the Nobel Prize in Economic Sciences (2002), the Presidential Medal of Freedom (2013), the Distinguished Lifetime Career Contribution of the American Psychological Association, the Grawemeyer Prize in Psychology (with Amos Tversky), and the Thomas Schelling Award for contributions to policy. Daniel holds honorary degrees from Harvard, Yale, Cambridge, the Sorbonne and several other Universities. 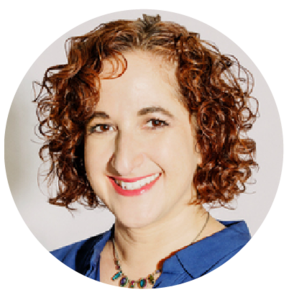 Beverly Goodman
Editorial Director
Beverly is Editorial Director of Investing and Asset Management for Barron’s and the Wealth and Asset Management group. Beverly oversees Barron’s coverage of investing and personal finance strategies, as well as the asset management industry. Beverly is the editorial lead for W&AM's coverage of the financial advisor industry, overseeing special sections and the launch of the new Barron's Advisor website. Prior to joining Barron’s, Beverly was Managing Editor for Fidelity.com, a role that led to becoming an internal consultant, taking the lead on a variety of customer-facing editorial projects. Before Fidelity, Goodman ran Smart Money’s investing coverage; TheStreet.com’s mutual funds, personal finance, and tax coverage; covered the public markets for Red Herring; and retirement and tax policy for Money Magazine.
You’re registered