Longevity Risk: Is 100 the New 80?
About
As life expectancies increase, every advisor knows the cloud around that silver lining: longevity risk. What can you do to prepare clients as advances in medicine and technology prolong human life past the century mark? What technological and scientific developments are making this possible? Is the world headed for a place where billions of people are going to outlive their savings, or are there butterfly effects to the tech and science advances that will help mitigate that risk? Join RIA standout Ric Edelman and Ken Dychtwald, PhD, psychologist and author of Age Wave, as they discuss the emerging threat of longevity risk. Learn how to prepare clients and ease the fear of outliving their savings.
When
Wed, Jul 14, 2021 · 3:00 PM Eastern Time (US & Canada) (GMT -4:00)
WEBINAR ENDED
Presenters 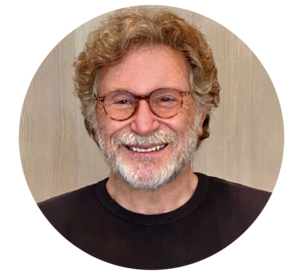 Ken Dychtwald
PhD, Founder and CEO of Age Wave
Dr. Ken Dychtwald is a psychologist, gerontologist, and best-selling author of 18 books on aging and longevity-related issues, including Age Wave, A New Purpose, What Retirees Want: A Holistic View of Life’s Third Age, and Radical Curiosity: One Man’s Search for Cosmic Magic and a Purposeful Life. Since 1986, Ken has been the Founder and CEO of Age Wave, a firm created to guide companies and government groups in product and service development for boomers and mature adults. His client list has included over half the Fortune 500 list. During his career, Ken has addressed more than two million people in his speeches to corporate, association, and government groups and his predictions and innovative ideas are regularly featured in leading media worldwide. He was honored by Investment Advisor as one of the 35 most influential thought leaders in the financial services industry over the past 35 years. 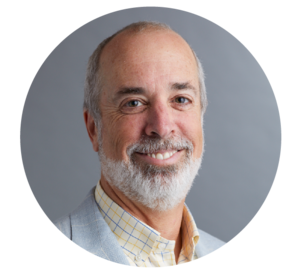 Ric Edelman
Founder, Digital Assets Council of Financial Professionals
Ric Edelman is one of the most influential people in the financial planning and investment management profession. Ranked three times as the nation’s #1 Independent Financial Advisor by Barron’s, he’s also earned a spot in both Research magazine’s Financial Advisor Hall of Fame and Barron’s Hall of Fame. In 2017, he received the IARFC’s Lifetime Achievement Award.

Ric is the founder of Edelman Financial Engines, ranked #1 for quality by both Barron’s and Consumer Reports. The firm is the nation’s largest independent advisory firm, with 350 advisors in 170 offices nationwide, managing $270 billion for 1.3 million individuals and households. He is also founder of the Funding Our Future Coalition with the Bipartisan Policy Center and founded DACFP, the Digital Assets Council of Financial Professionals, which advances financial advisor knowledge of blockchain and digital assets.

In addition to his many accolades, Ric is a leading financial educator and champion of improving financial literacy for all Americans. TALKERS magazine named him among the 100 Most Important Radio Talk Show Hosts in the country. His show, on the air for nearly 30 years, is heard on 86 radio stations and reaches one million people every week. Ric has also produced award-winning specials for Public Television, and is a #1 New York Times bestselling author of 10 books on personal finance.


This webinar has ended.
All Barron's Advisor webinars
Powered by BigMarker