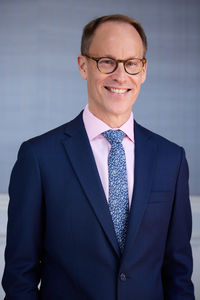 Jack Otter, Global Head, Wealth & Asset Management
Barron's Group
Jack is the Global Head of Wealth and Asset Management at Barron’s Group. Previously, Jack was the Editor-at-Large for Barron’s Group and the Executive Editor of Barrons.com, where he assigned and edited articles, promoted the site through social media and built a video operation. Jack launched Barron’s Next, a new site aimed at millennials. Jack is the author of Worth It…Not Worth It: Simple and Profitable Answers to Life’s Tough Financial Questions (Hachette). Before coming to Barron’s, Jack was executive editor of CBS MoneyWatch.com, and he has 18 years of experience as a business journalist, having been features editor of SmartMoney magazine and a columnist at Newsday. Jack has written for The Wall Street Journal, O magazine, Men’s Health and The New Yorker. Jack frequently appears on television to talk about investing and personal finance, and has been seen on NBC's “Today,” CBS “This Morning,” CNN, CNBC and Fox. Jack currently hosts “Barron’s Roundtable,” an all-new show on FOX Business News. 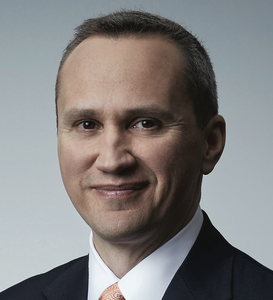 Robert M. Almeida, Global Investment Strategist
MFS Investment Management®
Robert M. Almeida is an investment officer and global investment strategist for MFS Investment Management® (MFS®), offering insight and perspective on cyclical and secular trends impacting investors. He serves as lead portfolio manager on multi‐asset income and alternative strategies and is a member of MFS' Fixed Income Strategy and Fixed Income Risk and Opportunities groups. Rob joined MFS in 1999 and served as an institutional portfolio manager for the Fixed Income Department from 2007 through 2009. He joined the US Growth Equity team in 2009 and became a portfolio manager in 2014. He added additional portfolio management responsibilities in 2018 and assumed his current strategist title in 2019. Rob is a graduate of the University of Massachusetts and earned his Master of Science degree in finance from the Sawyer Business School. 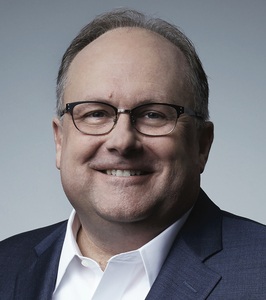 William J. Adams, CFA Chief Investment Officer, Global Fixed Income
MFS Investment Management®
William J. Adams, CFA, is chief investment officer – Global Fixed Income and a fixed income portfolio manager at MFS Investment Management® (MFS®). He has overall responsibility for the global team of fixed income portfolio managers and fixed income research analysts. Bill is also a member of the MFS Global Fixed Income Management team and serves on the portfolio management team of the firm’s Managed Wealth strategy. Bill joined MFS as a corporate credit analyst in 1997 and was named portfolio manager in 2000. He left MFS in 2005 and rejoined the firm in 2009 as director of High Yield Research. The following year, he was appointed director of Credit Research. In 2011, he was named high‐yield portfolio manager and was appointed director of Fixed Income, with oversight of MFS’ team of fixed income research analysts. He was named to his current position in 2015. During his tenure at MFS, Bill has covered a number of sectors, including industrials, media, cable, telecommunications, retail and consumer products. As a portfolio manager, he has invested across a variety of investment‐grade and high‐yield corporate bond securities. Prior to joining the firm, Bill was a credit/securities analyst at Conseco Capital Management from 1994 to 1997, where his responsibilities included investment‐grade and high‐yield credit, as well as equity coverage. From 1991 to 1994, he served as a lending officer at Mellon Bank. Bill received a BA in 1988 from LaSalle University. In 1990, he was awarded an MA from Indiana University, where he also received an MBA in 1991. He holds the Chartered Financial Analyst (CFA) designation from the CFA Institute and is a member of the Boston Security Analysts Society.
You’re registered