Challenges in Modern Phone Forensics
About
This presentation will focus on the challenges investigators face when trying to recover deleted data and when analyzing applications such as WhatsApp & Signal. Learn how to overcome these challenges using easy-to-use extraction & analysis tools, photo recognition, and conversation filtering to help you find the answer in your investigation.
When
Wed, Jul 14, 2021 · 2:00 PM EDT
WEBINAR ENDED
Presenter 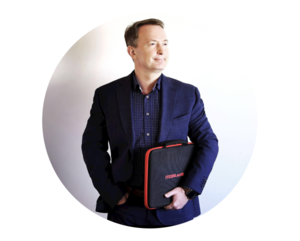 Dusan Kozusnik
CEO of MOBILedit
Dušan Kožušník is a visionary and expert in encryption and digital security. He was a key figure in the development of forensic analysis of mobile phones and his product MOBILedit is used by security forces around the world.

Dušan Kožušník founded Compelson Labs in 1991. He was at the birth of the Czech antivirus industry and later oversaw the branch of forensic analysis of mobile phones in the Czech Republic. Since the start of 2004, the company primarily focused on its MOBILedit Forensic product. It is a computer software used by security forces around the world to retrieve data from mobile devices and smart watches for investigation or litigation purposes. Although Dušan manages the entire company from the position of CEO, he is still the main visionary and software architect.

Dušan has dedicated his entire professional life to building Compelson Labs and its products. From the beginning, he has relied on personal business contacts, regularly traveling the world and looking for new business opportunities. His hard work has paid off, as MOBILedit Forensic is used by security forces around the world. From the Police of the Czech Republic to the FBI, the CIA ,British Scotland Yard all the way to agencies in India and Japan.

Dušan studied System Engineering and IT at CTU. However, he already knew programming languages ​​at the Secondary School of Electrical Engineering in Rožnov of Radhoštěm, where he won a high school competition with a micro-computer controlled robot, which secured him admission to CTU without having to pass entrance exams. In addition, he regularly lectures at professional conferences and conducts expert forensic training of security forces for MOBILedit.


This webinar has ended.
All AVAIRY Solutions webinars
Powered by BigMarker