Keeping Safe from Pegasus & Other Mobile Attacks by NSO-like Companies
About
Reports continue to surface about cyber attackers using the NSO Group's Pegasus hacking software to breach mobile devices. Pegasus infects iPhones & Android devices and allows attackers to take control of a phone and extract sensitive information. In this webinar, you'll learn about the impact and risks of Pegasus and other mobile spyware, how to detect if your device has been compromised, and how to make sure your mobile device is safe from mobile cyber attacks.
When
Thu, Sep 23, 2021 · 1:30 PM Eastern Time (US & Canada) (GMT -4:00)
WEBINAR ENDED
Presenter 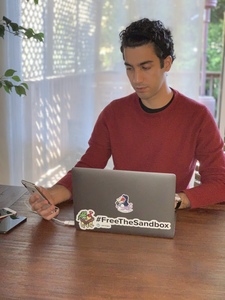 An innate hacker with a passion for detecting code vulnerabilities, Zuk started his career as a security researcher in the IDF before being recruited by Samsung Electronics, where he published the first return-oriented programming technique for ARM architecture at DEFCON and Blackhat. His security work has been the subject of academic research and is often quoted in leading publications such as Forbes, MIT Technology Review, TIMES and Engadget.

Zuk’s first company, Zimperium has earned innovation awards and is considered the leader in Mobile Threat Defense. Since its foundation, Zimperium raised ~$100m in capital from top-tier investors, and helped many Fortune 500 companies to secure their mobile fleet.


This webinar has ended.
All Cyber Social Hub webinars
Powered by BigMarker