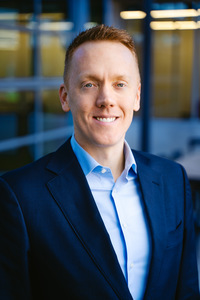 Christian Brose
Christian Brose is the Chief Strategy Officer of Anduril Industries, a venture-backed defense technology company. He is responsible for business strategy, development, and growth and positioning the company to build technologies that solve the most important defense problems. He is also a Senior Fellow at the Carnegie Endowment for International Peace, a member of the Aspen Strategy Group, and the author of The Kill Chain: Defending America in the Future of High-Tech Warfare, (Hachette Books, April 2020) From 2014-2018, he was the staff director of the Senate Armed Services Committee. In that capacity, he led a team of professional staff who supported Chairman John McCain and other majority Committee members in overseeing the national defense budget, programs, and policies across the Department of Defense and Department of Energy, as well as supervising the confirmation of all senior civilian and military officials in both Departments. He managed the production, negotiation, and final passage of four National Defense Authorization Acts (Fiscal Years 2016-2019), which established policy and authorized spending for all U.S. national defense activities. In that time, he was responsible for leading the Committee’s efforts to launch, and enact into law, landmark reforms to acquisition and technology policy, defense management and organization, strategic planning, military personnel policy, and security assistance. From 2009-14, he served as senior policy adviser to Senator John McCain, supporting his work on the Senate Armed Services Committee, the Senate Select Committee on Intelligence, and the Senate Foreign Relations Committee. He was Senator’s McCain’s principal advisor on all issues related to national security, foreign policy, intelligence, and trade. During his work in the Senate, he conducted official travel to more than 70 countries. From 2008-09, he was senior editor of Foreign Policy, following its purchase by the Washington Post, where he helped to lead the transformation of its digital platform, print publication, and editorial staff. From 2005-08, he served as policy adviser and chief speechwriter to Secretary of State Condoleezza Rice, working as a member of the Secretary’s Policy Planning Staff and supporting the Secretary on regular foreign and domestic travel. He began his career in government as a speechwriter for Secretary of State Colin Powell, where he served from 2004-05. He graduated with highest honors in political science from Kenyon College and received a master’s degree in international economics from the Johns Hopkins School of Advanced International Studies. He lives in Washington, D.C. with his wife and two sons. 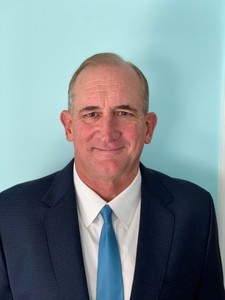 Prior to this assumption of command, General Brown most recently served as the Commanding General, U.S. Army Combined Arms Center at Fort Leavenworth, Kansas, where he led the synchronization of education; leader development; training support & development; and the development and integration of the doctrine the U.S. Army uses to fight and win our Nation's wars.

General Brown was commissioned a second lieutenant of Infantry from the United States Military Academy in May 1981, and has served in many leadership positions from platoon to Corps, including as Platoon Leader and Company Commander in mechanized infantry units at Fort Carson, Colorado; Battalion Commander of 2-5 Cavalry, a mechanized infantry battalion at Fort Hood, Texas including a deployment to Bosnia-Herzegovina in support of OPERATION JOINT FORGE; and Commanding General of the Maneuver Center of Excellence (Infantry and Armor Forces) and Fort Benning, Georgia.