AUSA Events
AUSA Noon Report - Getting Competition Wrong: The U.S. Military’s Looming Failure
About
AUSA’s Noon Report Webinar series invites you to join us on Wednesday, 22 June, at 1200 EDT, to hear a presentation by the three authors of “Getting Competition Wrong: The U.S. Military’s Looming Failure.” Authors Colonel Arnel David, First Sergeant Sean Acosta and Dr. Nicholas Krohley, joined by Civil Affairs expert Brigadier General Chris Stockel, USA, Ret., will detail how buzzwords such as “lethality” and “large-scale combat operations” are driving the Army’s budget; such terminology, they argue, risks not understanding or resourcing necessary realignments of the intelligence architecture that, properly understood, could integrate contextual understanding of the playing field into our opponent-centric lens. In addition, the authors will describe two critical challenges facing the U.S. Army: how to understand this new environment, and how to optimize its forces to compete within it.
When
Wed, Jun 22, 2022 · 11:55 AM Eastern Time (US & Canada) (GMT -4:00)
WEBINAR ENDED
Agenda
Presenters 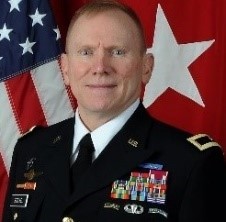 Brigadier General (Ret.) Chris Stockel
Vice President of the Civil Affairs Association Western Region
Brigadier General (Ret.) Chris Stockel, who currently serves as the vice president of the Civil Affairs Association Western Region, commanded infantry, special forces, and civil affairs units in the U.S. Army, culminating at the one-star level as commanding general of the 351st Civil Affairs Command (CACOM) in Mountain View, CA. As CG of the 351st, he was responsible for nearly all civil affairs operations in the INDO-PACIFIC region. Before that, he was Deputy Commander, U.S. Army Civil Affairs & Psychological Operations Command (Airborne) and Chief of Staff of the 352nd CACOM. He spoke at the Council on Foreign Relations focused on China, at AUSA LANPAC in Hawaii on HADR, and testified before Congress to the House committee on State and Foreign Operations on Iraq. 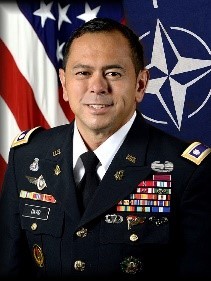 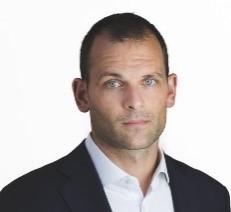 Dr. Nicholas Krohley
Principal, FrontLine Advisory
Dr. Nicholas Krohley is the Principal of FrontLine Advisory and proprietor of civilreconnaissance.com. He is also co-editor of Warrior-Diplomats and an advisor to U.S., U.K., and NATO forces as well as numerous allied governments on the human domain of conflict. He authored The Death of the Medhi Army: The Rise, Fall, and Revival of Iraq's Most Powerful Militia, which was shortlisted for the Duke of Westminster's Medal by the Royal United Service Institute. He has also held fellowships with the Modern War Institute at West Point and King's College London, and holds degrees from King's College London and Yale University.

First Sergeant Sean Acosta
Civil Affairs NCO
First Sergeant Sean Acosta is Deputy Editor of Eunomia Journal and co-editor of Warrior Diplomats. As a Civil Affairs senior non-commissioned office, he has led civil affairs teams and served as a senior instructor at the United States John F. Kennedy Special Warfare Center & School. He has deployed multiple times to Southwest Asia, Africa, and the Caribbean. He holds a Bachelor of Science in Strategic Studies and Defense Analysis from Norwich University. In 2018, he was selected Army NCO of the Year.
You’re registered

All Association of the United States Army webinars
Powered by BigMarker