AUSA Events
AUSA Thought Leaders Webinar – Suicide Prevention/Awareness
About
AUSA’s Thought Leaders Webinar series invites you to join us on Tuesday, 21 September 2021, at 1400 EDT, as we host Dr. James Helis, Director of the Army Resilience Directorate on Suicide Prevention and Awareness. He will discuss initiatives designed to prevent and respond to suicides in Army formations, including the development of new policies, a commander’s handbook, awareness materials, leader visibility tools and the expansion of telehealth capabilities. 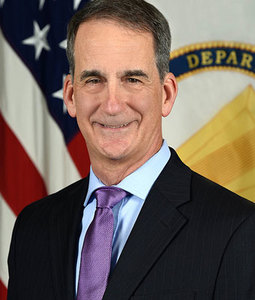 Dr. James Helis
Director of the Army Resilience Directorate
Dr. Helis was appointed to the Senior Executive Service in July 2012. He is currently serving as the Director of the Army Resilience Directorate. In this capacity, he establishes effective strategies, develops plans, and formulates policies for continued improvement of ARD programs. Dr. Helis works with Army and Department of Defense Senior Leaders to develop and execute short-term strategies and long-term initiatives to satisfy changing needs in a dynamic, evolving environment supporting Soldiers and Army Families. Prior to this assignment, he served as the National Security Counselor to the Assistant Secretary for Aviation and International Affairs, Office of the Secretary of Transportation, Washington, DC. In this capacity he advised the Assistant Secretary on the role of the Department of Transportation pertaining to national security objectives Additionally, Dr. Helis served as the Superintendent to the United States Merchant Marine Academy for six years. As the Chief Executive Officer for one of America’s finest academies, he was responsible for the effective execution of a comprehensive four-year leadership program for cadets’ commission as an officer in one of the US Armed Forces. 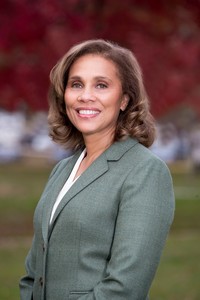 Nadja West
LTG, U.S. Army Retired
Lieutenant General (ret) Nadja West is the 44th Surgeon General of the US Army and the
former commanding general of the US Army Medical Command (USAMEDCOM). In 2015
West became the first African American woman in the Army’s history to achieve the rank of
Lieutenant General, and is currently the highest-ranking woman graduate of the United States
Military Academy. A graduate of The George Washington School of Medicine and Health Sciences, West
completed residencies in Family Medicine and Dermatology and
has held various clinical, operational and leadership positions throughout her more than
30-year career as a Soldier.

In her culminating assignment in the Army as the Surgeon General (TSG) and Commanding General of
USAMEDCOM, West managed a budget of $11 billion and led the Army Medical Department (AMEDD)
consisting of more than 130,000 dedicated healthcare professionals comprised of Active, Guard and
Reserve Soldiers, Department of the Army Civilians, contractors and volunteers serving around the
globe. In her role as TSG, West was the senior medical advisor to the Secretary of the Army and
the Chief of Staff of the Army. During her tenure, she led the AMEDD through the most comprehensive
transformation
that the Joint Health Services Enterprise has seen in over three decades.

West gratefully acknowledges the trailblazers who helped clear the path for her to follow, and the
shoulders upon which she stood to climb to the heights she was able to achieve. She is continuing
to blaze the path for others to follow. Among West’s accomplishments are several Army firsts. In
1999 she was the first woman selected to be the Division Surgeon for 1st Armored Division (Iron
Soldiers!), the first woman selected as the Joint Staff Surgeon in 2014. As the Joint Staff
Surgeon West was the advisor to the Chairman of the Joint Chiefs of Staff (CJCS) on all things
medical.

In addition to West’s military awards, decorations and honors, she holds an honorary degree of
Doctor of Public Service from the George Washington University (GWU), and an Honorary Doctorate of
Humane Letters from Methodist University. In 2016 West received the GWU Distinguished Alumni
Achievement Award; and became one of the inaugural Monumental Alumni award recipients in 2021. She
is the recipient of the 2019 Daughters of the American Revolution Margaret Cochran Corbin Award.
In 2020, the CEO Forum Group selected West for the 2020 Transformative CEO Award in Leadership in
the category of Military.

West was a Hauser Leader at the Harvard Kennedy School Center for Public Leadership
2019-2021. She serves on the boards of directors for Nucor, Tenet and Johnson & Johnson. She is a
trustee of the National Recreation Foundation, and of Mount St. Mary’s University; and is on the
boards of the Bob Woodruff Foundation, Americares, and the Olmsted Foundation. She was recently
named an independent director on the Board of Governors of the NCAA.
She and her husband Don have two awesome adult children, Sydney and Logan. 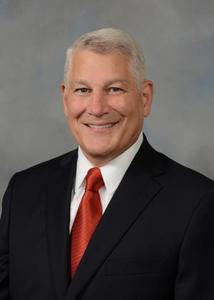 Carter Ham
GEN, U.S. Army Retired
General Ham is the president and chief executive officer of the Association of the United States Army. He is an experienced leader who has led at every level from platoon to geographic combatant command. He is also a member of a very small group of Army senior leaders who have risen from private to four-star general.

He commanded the First Infantry Division, the legendary Big Red One, before assuming duties as director for operations on the Joint Staff at the Pentagon where he oversaw all global operations. His first four-star command was as commanding general, U.S. Army Europe. Then in 2011, he became just the second commander of United States Africa Command where he led all U.S. military activities on the African continent ranging from combat operations in Libya to hostage rescue operations in Somalia as well as training and security assistance activities across 54 complex and diverse African nations.

General Ham retired in June of 2013 after nearly 38 years of service. Immediately prior to joining the staff at AUSA, he served as the chairman of the National Commission on the Future of the Army, an eight-member panel tasked by the Congress with making recommendations on the size, force structure and capabilities of the Total Army.

He resides with his wife, Christi, in Arlington, Virginia.
You’re registered