AUSA's Thought Leaders Webinar series invites you to join us on Thursday, 6 May 2021, at 11:00 am EST for a discussion with Lieutenant General Chris Tickell, Deputy Chief of the General Staff for the British Army. LtGen Tickell will discuss the future of the British Army as it modernizes based on the results of the UK’s Integrated Review of Security, Defence, Development and Foreign Policy.

As the U.S. Army moves dynamically into the realm of Multi-Domain Operations, it is critical that its path be shared by allied armies. Among these partners, the British Army is the one ally we most closely collaborate with on a host of operational, doctrinal and developmental issues. Like America’s Army, while remaining ready to fight and win today, the British Army has set itself on course for a radical transformation as it becomes more agile, more integrated and more expeditionary—ready for the next challenge and not the last. Always ready to fight, it will be designed to operate globally on a persistent basis, exploiting the U.K. Defence’s network of Global Hubs with the capabilities and digital connectivity to compete more effectively against a hybrid range of contemporary threats. Above the threshold of conflict, warfighting capability will remain the cornerstone of deterrence and the bedrock of a world-class British Army that will also include modernized armored vehicles, the updated AH-64E Apache, long-range precision fires and surveillance assets. 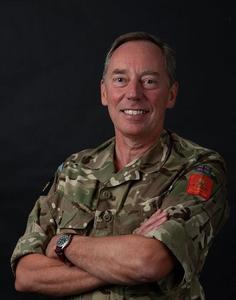 LtGen Chris Tickell
Deputy Chief of the British Army General Staff
Lieutenant General Chris Tickell was commissioned into the Royal Engineers in 1983 and spent 6 years as a troop commander in Germany, Northern Ireland, UK, Botswana and Norway. After Staff College and a tour in the MOD, he took command of 9 Parachute Squadron RE. This included tours in Bosnia and Kosovo.
As a Lieutenant Colonel he worked in the Operations Branch of the Army HQ, before taking command of 23 Engineer Regiment (Air Assault) as it deployed to Kuwait/Iraq for the Second Civil War in January 2003. On promotion in 2005 he moved to the Directorate of Training. He then attended the Higher Command and Staff Course.
He was promoted to Brigadier in 2007 and commanded 8 Force Engineer Brigade for 2 years; he deployed with his Headquarters to Afghanistan for the final 6 months. After 2 years running the Army Staff Course, he returned to the MOD working for the Chief of Defence Personnel for 9 months. He was promoted in 2013 and commanded the Army Recruiting and Training Division until October 2016. He was the Army’s Director of Capability from then until Summer 2019. He was promoted to Lieutenant General and became Deputy Chief of the General Staff in August 2019.
He was appointed MBE in 2000, OBE in 2003 and CBE in 2010. He is married and has 2 teenage daughters. 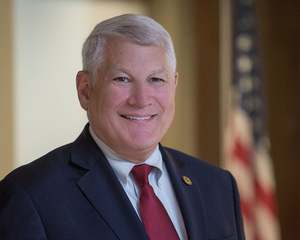 General Carter F. Ham, U.S. Army retired
President and CEO, AUSA
General Ham is the president and chief executive officer of the Association of the United States Army. He is an experienced leader who has led at every level from platoon to geographic combatant command. He is also a member of a very small group of Army senior leaders who have risen from private to four-star general.

He commanded the First Infantry Division, the legendary Big Red One, before assuming duties as director for operations on the Joint Staff at the Pentagon where he oversaw all global operations. His first four-star command was as commanding general, U.S. Army Europe. Then in 2011, he became just the second commander of United States Africa Command where he led all U.S. military activities on the African continent ranging from combat operations in Libya to hostage rescue operations in Somalia as well as training and security assistance activities across 54 complex and diverse African nations.

General Ham retired in June of 2013 after nearly 38 years of service. Immediately prior to joining the staff at AUSA, he served as the chairman of the National Commission on the Future of the Army, an eight-member panel tasked by the Congress with making recommendations on the size, force structure and capabilities of the Total Army.

He resides with his wife, Christi, in Arlington, Virginia.
You’re registered