Admiral Scott Swift, U.S. Navy Retired
Adm. Swift served in the U.S. Navy for more than 40 years, rising from his commission
through the Aviation Reserve Officer Candidate program to become a Navy light attack and
strike fighter pilot. He commanded at all levels including F/A-18 weapons school, aircraft carrier-based squadrons, Carrier Air Wing, Carrier Strike Group and the U.S. Seventh Fleet forward deployed to Japan, finally completing his uniformed career as the 35th Commander of
U.S. Pacific Fleet in 2018. During his years of service, he participated in combat Operations Praying Mantis, Southern Watch, Enduring Freedom and Iraqi Freedom, and received a master’s degree from the Naval War College, Newport, Rhode Island. He is a graduate of San Diego State University and the U.S. Naval War College. As founder of The Swift Group LLC, previous MIT Center for International Studies Robert E. Wilhelm Fellow, MIT Research Affiliate, Senior Fellow at the Center for Naval Analysis, Adjunct Professor at the Naval War College,
US Naval Institute Board Member and Spirit of America Advisory Board Member, Admiral Swift continues to explore opportunities to serve where his interests, abilities, experience and national need align.

Dr. Loren B. Thompson
DR. Loren B. Thompson is Chief Operating Officer of the non-profit Lexington Institute and Chief Executive Officer of Source Associates, a for-profit consultancy. Prior to holding his present positions, he was Deputy Director of the Security Studies Program at Georgetown University and taught graduate-level courses in strategy, technology and media affairs at Georgetown. He has also taught at Harvard University’s Kennedy School of Government.
Mr. Thompson holds doctoral and master’s degrees in government from Georgetown University and a bachelor of science degree in political science from Northeastern University. He was born in 1951 and currently resides in McLean, Virginia and Plymouth, Massachusetts with his wife Carla and two children — Matthew and Ariel, twins born in 1997. 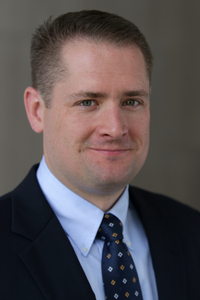 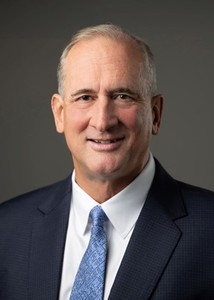 General (Retired) Bob Brown
General Brown is an experienced leader, culminating over 38 years of service as Commanding General, U.S. Army Pacific, the Army’s largest Service Component Command, responsible for 106,000 Soldiers and Department of the Army civilians across the Indo-Pacific Region.

General Brown is a 1981 graduate of the U.S. Military Academy at West Point, New York, where he was commissioned as an Infantry Second Lieutenant. His assignments took him across the globe including deployments in support of Operation Uphold Democracy in Haiti, Operation Joint Forge in Bosnia-Herzegovina, and two combat deployments in support of Operation Iraqi Freedom. Other senior level commands include the U.S. Army Combined Arms Center and Fort Leavenworth, Kansas; I Corps and Joint Base Lewis-McChord, Washington; the U.S. Army Maneuver Center of Excellence and Fort Benning, Georgia.

Known as an innovator, team builder, and leader developer, General Brown was involved in significant change within the Army. He was a key leader in the development of the modular brigade and Stryker Brigade Combat Team; the improvement of the Army’s educational system through the development of Army University; the writing of the Army’s first Leader Development Doctrine in Field Manual 6-22; the Army Human Dimension Strategy and the future Army warfighting concept of Multi-Domain Operations.

General Brown holds a Bachelor of Science from the United States Military Academy, a Master of Education from the University of Virginia, and a Master of Science in National Security and Strategic Studies (Distinguished Graduate) from National Defense University. He was a Distinguished Senior Fellow at the Association of the United States Army before becoming Executive Vice President in January 2021.

He and his wife, Patti, have three daughters, and five grandchildren.
You’re registered


Check your email for a confirmation and link to attend the live session.
RUNNING SYSTEM CHECK