AUSA’s Noon Report Webinar series invites you to join us for a Special Edition on Thursday, 24 February 2022, at 2:00 PM EST to hear a presentation by Dr. Andrew Monaghan, PhD, Director of the Russia Research Network. Monaghan will discuss Putin’s motivations, Russia’s viability as a long-term challenge to the United States, and the dynamics of Russia’s international relations with China and Europe—and particularly with Ukraine. Looking at Moscow’s strengths and weaknesses, Monaghan will outline the rebirth of Russian Grand Strategy, the nature of Russian state mobilization and provide a guide for how to think about Russian futures in an era of global power competition. 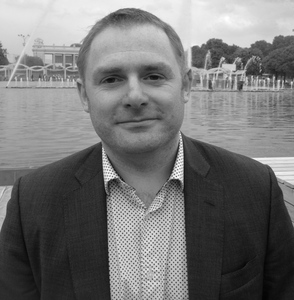 With a new era of Great Power competition shaping the world, Dr. Andrew Monaghan’s expertise in Russia’s evolving grand strategy is an invaluable guide to understanding the future. Having led thinking about Russia at two major research centres (for NATO and Oxford University), Andrew’s insights go far beyond partisan and media soundbites to ask unsettling questions founded on fresh thinking and analysis. Andrew is used by national civilian and military policy makers to stimulate new insights and reach fresh and practical conclusions. He also invites interested but less specialist audiences to go beyond the familiar to learn more about the complex questions that Russia poses.

He is the author of many articles on Russia and several books, including Dealing with the Russians (2019) and Power in Modern Russia – Strategy and Mobilisation (2017). His book Russian Grand Strategy in an Era of Global Power Competition will be published in April. 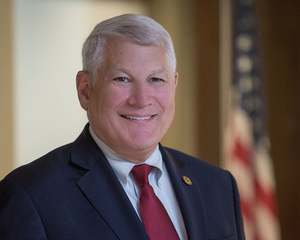 GEN Carter F. Ham
U.S. Army Reitred
General Ham is an experienced leader who has led at every level from platoon to geographic combatant command. He is also a member of a very small group of Army senior leaders who have risen from private to four-star general.

He commanded the First Infantry Division, the legendary Big Red One, before assuming duties as director for operations on the Joint Staff at the Pentagon where he oversaw all global operations. His first four-star command was as commanding general, U.S. Army Europe. Then, in 2011, he became just the second commander of United States Africa Command. In that position, he led all U.S. military activities on the African continent, ranging from combat operations in Libya to hostage rescue operations in Somalia, as well as training and security assistance activities across 54 complex and diverse African nations.

General Ham retired in June of 2013 after nearly 38 years of service. Immediately prior to joining the staff at AUSA as the President and Chief Executive Officer in 2016, he served as the chairman of the National Commission on the Future of the Army, an eight-member panel tasked by the Congress with making recommendations on the size, force structure and capabilities of the Total Army. He retired from AUSA in 2021.

He resides with his wife, Christi, in Arlington, Virginia.