AUSA Events
AUSA Noon Report - Washington’s War: Lessons in Leadership for a Modern Army
About
AUSA’s Noon Report webinar series features presentations by senior Army leaders responsible for key programs and initiatives, as well as contemporary military authors who weave together the past, present and future story of the United States Army.

Please join us on Wednesday, 8 June 2022, at 12:00 EDT to hear a presentation by LTG James Dubik, USA, Ret. In presenting a unique perspective on George Washington’s wartime leadership during the Revolutionary War, Dubik will provide insights on war and leader development, rooted in history, that are applicable for contemporary leaders. 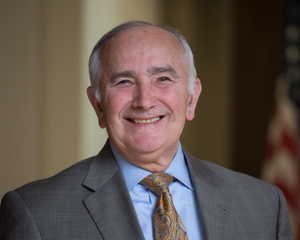 LTG James Dubik
U.S. Army Retired
Lieutenant General James M. Dubik (U.S. Army, Ret.), Institute of Land Warfare and for the Study of War Senior Fellow, currently conducts research, writes, teaches, and briefs on behalf of the Institute. His areas of focus include the future of war, the nature and conduct of war, strategic leadership, counterinsurgency, and security force assistance and reform.

LTG Dubik retired in July of 2008 after commanding the Multinational Security Transition Command-Iraq and the NATO Training Mission-Iraq during the Surge of 2007-8. His awards include the Distinguished Service Medal, Defense Superior Service Medal, four awards of the Legion of Merit, and five awards of the Meritorious Service Medal. He is ranger, airborne and air assault qualified and holds the expert infantryman’s badge, master parachutist badge as well as the Army Staff Identification Badge.

He has a PhD in Philosophy from Johns Hopkins and a Masters degree in Military Arts and Sciences Degree from the United States Army Command and General Staff College. He is also a graduate, the Marine Corps’ Amphibious Warfare School, Army Command and General Staff College, and the Advanced Operational Studies Fellowship Program, U.S. Army School of Advanced Military Studies. He completed an MIT fellowship program for national security studies as well as executive programs in national security at Harvard’s JFK School of Government and Syracuse University’s Maxwell School of Citizenship and Public Affairs. Dubik is a former Professor of the Practice, Georgetown University’s Security Studies Program.

He is President and CEO of Dubik Associates, an international consulting firm with a focus on leader development, organizational change, and national strategic and intelligence issues. He is also a Senior Fellow at the Association of the United States Army writing for Army magazine; a member of the Council on Foreign Relations, the National Security Advisory Council, and the U.S. Global Leadership Coalition; a 2021-2022 Washington Research Fellow at the Fred W. Smith National Library for the Study of George Washington; a 2012-2013 General Omar N. Bradley Chair in Strategic Leadership; a member of the U.S. Army Ranger Hall of Fame; a distinguished member of the U.S. Army 75th Ranger Regiment; and on the Board of Leadership Roundtable. And he is a Recipient of the 2017 Thomas B. Hagan Dignitas Award.

Dubik is co-author, with General (Retired) Gordon Sullivan, of Envisioning Future Warfare (1995), and the author of Just War Reconsidered: Strategy, Ethics, and Theory 92016). He has published over 200 essays, articles, opeds, and monographs on a variety of leadership, war, and other national security matters. 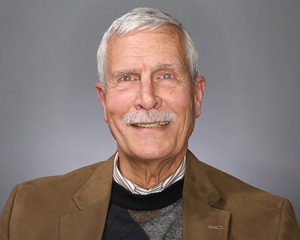 Dr. Thomas McNaugher
Professor, Security Studies Program, Georgetown University
McNaugher is currently an adjunct professor in Georgetown University’s School of Foreign Service; he joined the faculty as a full-time visiting professor in 2011. A West Point graduate, Tom served in Vietnam, and as an activated Reservist in Operations Desert Shield and Desert Storm. He retired from the Army Reserves in 2000, after more than 30 years of service. He was a Senior Fellow at the Brookings Institution from 1989 to 1995, when he joined the RAND Corporation. At RAND until 2011, he worked in a variety of assignments, including as Vice President and Director of RAND’s Arroyo Center, the Army’s Federally-funded think tank. He has an MPA and a PhD in Political Science, both from Harvard University. 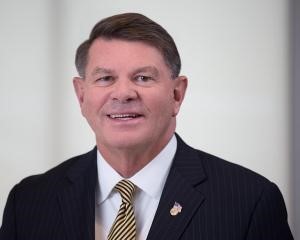