SafeStart
Life-Saving Leadership Gravity
About
Engaged employees are safer employees. The fact is well-established in the research. But why? And how? What’s the mechanism that turns a nebulous aspect like engagement into concrete improved safety numbers? Both in his own research and by assembling a wealth of empirical, peer-reviewed studies across a host of hazardous industries, New York Times bestselling author Rodd Wagner cracks the code on how culture and leadership effectiveness lead directly to lives and limbs saved. The presentation is a crucial briefing for any leader who supervises people who work around deadly hazards.

Takeaways:
• Become well versed in the science of how engagement affects safety
• Understand how decisions made and factors physically removed from the worksite substantially affect safety
• Learn strategies that leaders use to build a higher performing, safer organization 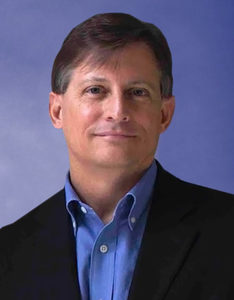 Rodd Wagner
Executive Advisor
Rodd is a former journalist who has covered numerous on- and off-the-job fatalities and takes a particular interest in how culture and leadership can prevent tragedies. As a New York Times bestselling author, Rodd is a leading authority on organizational performance. Rodd is also a contributor to Forbes and is currently completing work on his fourth book, to be announced later this year. His books have been published in 10 languages and his work has been appeared or been covered in The Wall Street Journal,Harvard Business Review,Fast Company, and USA Today.
You’re registered