Writing Effective Abstracts for Conferences
About
A conference abstract is a challenging writing project because its author must tell a complete story in a limited number of words. The author might also be challenged to define the audience, to not divulge proprietary information, and to submit the abstract long before the conference but perhaps not long after arriving at the conclusions of the study. In this webinar, we will discuss what should into an abstract, what should not go into an abstract, how to structure an abstract, and how to attract positive attention to your abstract at the outset. Sentences of 35 words, like the previous sentence, are not recommended! In addition to sharing tips gained from reviewing many abstracts for a variety of geoscience conferences, we will review ethical issues related to publication. A few resources to help authors will keep you glued to your screen until the question and answer session.
When
Tue, Nove 24, 2020 · 5:00 PM +04
WEBINAR ENDED
Presenter 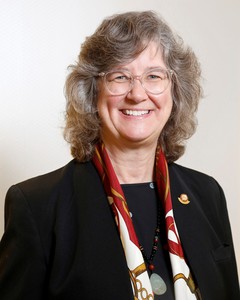 Gretchen Gillis
Geological Consultant at Aramco
Gretchen Gillis is Geological Consultant at Aramco Americas in Houston, where she supports oil and gas exploration and production and provides training in petroleum geoscience and scientific writing for Saudi Aramco. She began her career as exploration geologist and later served in a variety of marketing communication roles with Schlumberger. Gretchen was elected AAPG Editor (2007 – 2010), received the Distinguished Service Award in 2011, the Honorary Member Award in 2018, and was recently elected 2020-2021 President-Elect. Appointed by AAPG in 2015 to the board of directors of GeoScienceWorld, she served as 2016-2018 board chair. Gretchen is a Trustee Associate of the AAPG Foundation and the SEG Foundation, and a Director of the SEG Foundation. Gretchen earned a BA degree in geology from Bryn Mawr College, Pennsylvania, USA, and an MA degree in geological sciences from the University of Texas at Austin.
You’re registered

Register To Watch Recording
All GEO webinars
Powered by BigMarker