Opportunities for Geoscientists: Extraction & Processing of Advance Materials for Energy Storage Technology
About
As we embrace a future society built on affordable, reliable, sustainable and modern energy for all, geoscientists have a critical role in developing low-carbon mining techniques and sustainable energy supply chains. The now-traditional lithium-ion battery has fallen in cost such that new wind-solar-storage projects are the utility choice over natural gas and coal around the world, while off-grid and micro-grid projects are proliferating in previously unelectrified areas. Electric vehicles are becoming the preferred new purchase of car-buyers in Europe, China and parts of the US. Lower cost of operation will accelerate this trend and enhance the need for new batteries and their mineral components. Advancing the new energy economy, especially the mining and processing of minerals used for renewable energy storage, will require the technical, environmental, project management and risk assessment skills of geoscientists.

Minerals such as cobalt, graphite, lithium and vanadium, along with rare earth elements, are seeing an uptick in demand. Economic geologists are needed to explore for and sustainably extract them in ever increasing volumes. A review of the landscape of mineral exploration and extraction reveals similarities to the fossil fuel production business. A small group of major multi-national integrated corporations are supported by a plethora of “junior” exploration companies who provide a feedstock of leases and prospects. Mining geologists use 3D geologic models to explore for and assess reserves of metals and are now expanding the use of geophysical techniques, including 3D seismic. The concept of ore trends, similar to petroleum play fairways, can be adapted and refined to better predict exploration corridors and future areas of extraction. Data employed by economic geologists are similar to those used to find hydrocarbons and include borehole records, surface geologic maps, rock mineralogy, and size statistics. Predictive models of ore accumulation rely on mass transport calculations at assumed heat, pressure, brine composition and mineral equilibria. As exploration geoscientists, we can readily transfer our skills from one hunting ground to the other. Geoscientists can also maximize energy efficiency for the development of new mineral deposits via the use of low carbon energy resources. We can apply our environmental experience to minimize the footprint of the mine itself. We can utilize our industry strengths in risk assessment, environmental remediation, social license, and greening the oil field to become leaders in low-cost, low-carbon mineral production.

Energy storage is the key to widespread adoption of renewable energy, and the resulting exponential growth in battery production creates demand for advanced materials that are bespoke by the various automobile manufacturers and giga factories. Mined production of raw materials and concentrates is only the first link in the chain, while significant value is added during the industrial processing of minerals for battery cell manufacturing. As processing plants diversify from China, material science and engineering skills will be key to successful endeavors. New metals, and new engineered structures are being researched and are under development, especially to displace cobalt. Many reformulations rely on chemical and physical properties at the nano scale. As each successful new battery technology becomes cheaper and scales, the supply chain to support production and processing will evolve. Battery manufacturers are applying pressure on new mineral resources, as well as raw materials for existing battery chemistries, to reduce carbon emissions and improve cost efficiency at every link in the chain. 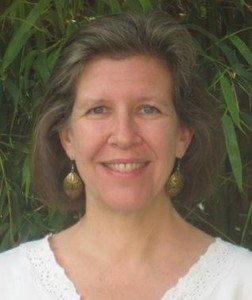 Edith Newton Wilson
Owner, Rock Whisperer LLC
Edith is the owner of Rock Whisperer LLC, where she works to engage emerging professionals in energy solutions for a changing world and consults on renewable energy and climate mitigation projects. Edith is a Fellow of the Society of Economic Geologists and the Geological Society of London, a member of the American Geophysical Union, and a founding member of the Geosciences Advisory Board at the University of Arkansas. In 2018-2019, she chaired the ad hoc Committee on Climate Change for the AAPG. She received her BA in Geology from Dartmouth College in 1982, and her MA and PHD in Carbonate Sedimentology from Johns Hopkins University in 1988. Her career in the energy industry began in Houston where she was an international explorer, negotiator and manager with Amoco and bp. In Oklahoma, Edith worked with Phillips Petroleum on global new ventures, ConocoPhillips on leadership development, Samson Resources on domestic shale gas projects, and in 2008 co-founded TallGrass Energy. Edith has traveled throughout the Americas, Europe and Africa - where she climbed Mount Kilimanjaro in 2004 - and is conversant in French, Italian and Portuguese.
You’re registered


Check your email for a confirmation and link to attend the live session.
REGISTER
Reserve Your Spot
All GEO webinars
Powered by BigMarker