Wycliffe Bible Translators
Hope and Healing from Trauma
About
Our world is a broken place. But God works through his church to provide healing and hope.

When Larry and Cami Robbins experienced civil unrest in the Central African Republic, they found themselves turning to Scripture and other resources to help them process and heal. But they quickly realized that many of their African colleagues didn’t have access to effective resources to address trauma, so Larry and Cami helped pilot one of the first story-based trauma healing workshops in the area.

Come hear about the need for trauma healing, how God is using these workshops to powerfully heal communities and how you can train to become a facilitator.

Larry and Cami have served in French-speaking Africa with Wycliffe Bible Translators for over 30 years in a wide variety of roles including translation advisers, administrators and now as trauma healing coordinators.

Explore Wycliffe Live is a free, one-hour online event designed for you to hear from Wycliffe missionaries serving around the world. You’ll get to hear about a variety of topics ranging from Bible translation to internship opportunities to trauma healing and so much more! We hope you’ll join the conversation!

Can't attend it live? Register anyway, and we'll send you the recording after the event! 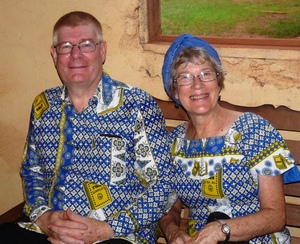 Larry and Cami Robbins
Coordinators for Trauma Healing in Francophone Africa
Larry grew up in Mexico where his parents served with Wycliffe Bible Translators. Cami grew up in the Central African Republic where her parents served with a church planting mission.
Larry and Cami became members of Wycliffe Bible Translators in April 1980. They have served in a wide range of roles, including as Bible translators in Zaire and in Congo-Brazzaville, as well as administrators. 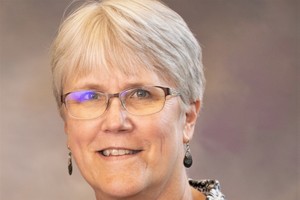 Wendy Johnson
Explore Wycliffe Live Coordinator
Wendy and her husband, Morris, joined Wycliffe about 34 years ago. Since then, they have served in a variety of ways, including in Papua New Guinea for 14 years, in roles related to Bible translation.
You’re registered


This webinar has ended.
All Wycliffe Bible Translators webinars
Powered by BigMarker