The world is not moving backwards — technology and innovation won't wait for you to catch up. Gary Vaynerchuck provides insight into constantly innovating, and how to encourage an entrepreneurial spirit in your organization’s culture.

To view the full schedule and FAQs for the best viewing experience, visit wework.com/summit. Note: All sessions will be aired Eastern Daylight Time (GMT-4) and hosted in English with subtitles available in Spanish and Portuguese. 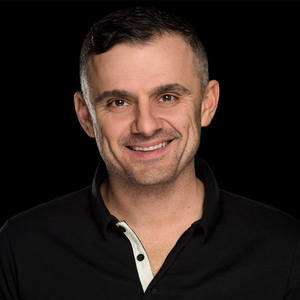 Chairman of VaynerX and CEO of VaynerMedia VaynerX and VaynerMedia
Gary Vaynerchuk is a serial entrepreneur, and serves as the Chairman of VaynerX and the CEO of VaynerMedia. Gary is considered one of the leading global minds on what’s next in culture, relevance and the internet. Known as “GaryVee” he is described as one of the most forward thinkers in business - he acutely recognizes trends and patterns early to help others understand how these shifts impact markets and consumer behavior. Whether its emerging artists, esports, crypto investing or digital communications, Gary understands how to bring brand relevance to the forefront. He is a prolific angel investor with early investments in companies such as Facebook, Twitter, Tumblr, Venmo, Snapchat, Coinbase and Uber.

Gary is an entrepreneur at heart -- he builds businesses. Today, he helps Fortune 100 brands leverage consumer attention through his full service advertising agency, VaynerMedia which has offices in NY, LA, London, Singapore and is expanding its presence in Dubai, Mexico City and Australia. VaynerMedia is part of the VaynerX holding company which also includes VaynerProductions, Gallery Media Group, The Sasha Group, Tracer, VaynerSpeakers, VaynerTalent and VaynerCommerce. Gary is also the Co-Founder of VaynerSports, Resy and Empathy Wines.

In addition to running multiple businesses, Gary documents his life daily as a CEO through his social media channels which has more than 30 million followers across all platforms. His podcast ‘The GaryVee Audio Experience’ ranks among the Top 20 in the US. He is a five-time New York Times Best-Selling Author and one of the most highly sought after public speakers.

Gary is a father of two and serves on the board of MikMak, Bojangles Restaurants, and Pencils of Promise. He is also a longtime Well Member of Charity:Water.
VIEW PROFILE
Hosted By

WeWork was founded in 2010 with the vision to create environments where people and companies come together and do their best work. Since opening our first location in New York City, we’ve grown into a global flexible space provider committed to delivering technology-driven flexible solutions, inspiring spaces, and unmatched community experiences. Today, we’re constantly reimagining how the workplace can help everyone, from freelancers to Fortune 500s, be more motivated, productive, and connected.
VIEW CHANNEL CONTACT
Recommended
All WeWork Global webinars
Powered by BigMarker