What is the language of violence? How do we find language for translating the unspeakable? Who speaks for those who suffer violence? We have seen the emergence of literature, art, film, and photography about the anti-Sikh violence of 1984 in the past few years. In this panel, we will talk to Gauri Gill, Sarbpreet Singh, and The Singh Twins to reflect on questions of representing 1984. 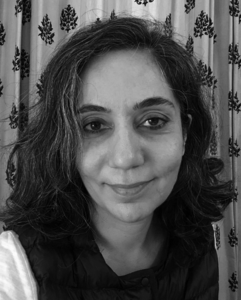 Gill’s practice is complex because it contains several lines of pursuit. These include an almost two-decade-long engagement with marginalized communities in rural Rajasthan called Notes from the Desert (since 1999)—this ongoing archive contains sub-series such as The Mark on the Wall, Traces, Birth Series, Jannat, Balika Mela, and Ruined Rainbow. She has explored human displacement and the migrant experience in The Americans and What Remains. Projects such as the 1984 notebooks highlight her sustained belief in collaboration and ‘active listening’, and in using photography as a memory practice. Beginning in early 2013, Fields of Sight is an equal collaboration with the renowned Adivasi artist, Rajesh Vangad, combining the contemporary language of photography with the ancient one of Warli drawing to co-create new narratives. In her recent body of work, Acts of Appearance, (2015—), the artist has worked closely with the paper mache artists of the Kokna tribe in Maharashtra, using unique masks to tell fictional stories improvised together of contemporary life in the village. Working in both black and white and color, Gill addresses the Indian identity markers of caste, class, and community as determinants of mobility and social behavior; in her work, there is empathy, surprise, and a human concern over issues of survival.
VIEW PROFILE 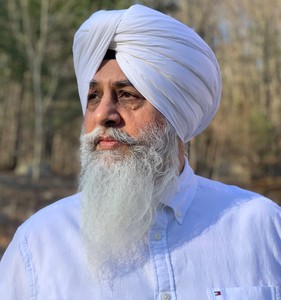 Writer, Podcaster & Commentator
Sarbpreet Singh is a Boston-based writer, podcaster, and commentator. His newest book, The Story of the Sikhs 1469 - 1708, a retelling of Sikh History, was published in June 2021 by Penguin Random House. He is the author of the critically acclaimed Night of the Restless Spirits (Penguin Random House) a collection of short fiction about 1984 and the bestselling The Camel Merchant of Philadelphia, (Westland/Tranquebar). He is also the writer-narrator of the Story of The Sikhs podcast which has listeners in over ninety countries and the founder of The Gurmat Sangeet Project.
VIEW PROFILE 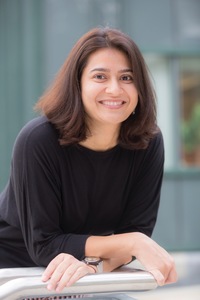 Assistant Professor, Bowdoin College
Shruti Devgan is an assistant professor of sociology at Bowdoin College. She is currently working on a book on the transnational, intergenerational and digital memories of the 1984 anti-Sikh violence. Dr. Devgan is part of the editorial team at the Sikh Research Journal run under the aegis of the Sikh Foundation. She is especially interested in bridging the gap between academia and wider audiences and has written for various platforms featuring public scholarship.
VIEW PROFILE 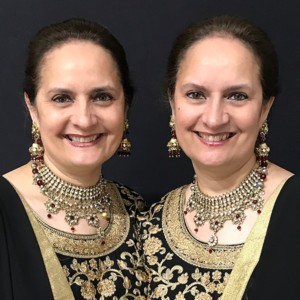 Artists
​​The Singh Twins are contemporary British artists with an international reputation, widely known for their highly detailed, narrative, symbolic and eclectic style rooted in Indian aesthetics. Describing their work as Past-Modern, The Twins, engage with social, political, and cultural issues that often explore hidden narratives of colonial history and its legacies.

Their contribution to art and as pioneers in the modern development of ancient Indian miniature painting has been recognized at the highest level. In 2010 they were made Honorary Citizens of their home city of Liverpool and in 2011 were each awarded MBE's by Queen Elizabeth I. They have subsequently each been awarded three Honorary Doctorates for their outstanding contribution to British art, services to the Indian miniature tradition, and most recently for promoting diversity in the arts. Their award-winning work, which challenges and redefines generally accepted, Eurocentric perceptions of heritage and identity in art and society has been cited by Sir Simon Schama as representing the artistic face of modern Britain.

Exhibitions include solo shows at London’s National Portrait Gallery, National Museums Scotland, National Museums Liverpool, and National Galleries of Modern Art, Mumbai and Delhi. In 2016 The Twins were extended a special invitation to participate in the Royal Academy Summer Exhibition and their public commission for the Museum of London which reinterprets two Victorian depictions of the ‘Indian Mutiny’ or ‘First War of Indian Independence,’ was selected for Tate Britain’s ‘Artist and Empire’ International touring exhibition. Their latest exhibition 'Slaves of Fashion', which was described as "a triumph of how to make boldly political art which doesn’t shout at its audience, but makes them want to discover the truth for themselves", attracted over 105,000 visitors at its launch venue in Liverpool alone. A later edition to the Slaves of Fashion series which was commissioned by Royal Collections Trust for exhibition at the Queen's Gallery Buckingham Palace won the 2019 Asian Culture Theatre and Arts Awards for visual arts. Their latest artworks include 'NHS v Covid-19' (which is both a tribute to Britain's National Health workers and a critique of the UK Government's mishandling of the pandemic), and a symbolic portrait of Trump which in response to the murder of George Floyd, explores how attitudes of white supremacy and racial inequality in America today, stem back to the history of slavery.
VIEW PROFILE
Hosted By