Join us as we welcome Balraj Singh Mann, Jaswinder Singh Chadha, and Paramjit Kaur Matharu to discuss the intersections of business and Sikhi.

What role does Sikhi play in their professional lives? How is Sikhi invoked in the building and everyday practice of their work? What can Sikhi contribute to the global political, social, and economic narrative? Engage with us in conversation around the principle role Sikhi can play in one’s business. 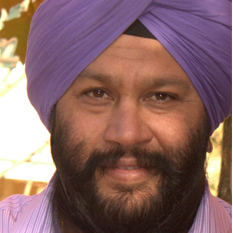 Jaswinder "Jassi" Singh Chadha is Founder and CEO of Axtria, a Data Analytics company based in New Jersey and India. Prior to founding Axtria, Jassi was the founder and CEO of marketRx, a life-science analytics company. Jassi is the winner of the E&Y “Entrepreneur of the Year” award, “Top Forty under Forty” by NJBiz Magazine, and PharmaVOICE 100, which recognizes the 100 most influential people in the life sciences industry.

Jassi is a member of the Board of Trustees of TIE Global, a member of Young Presidents Organization (YPO), and a member of the Board of Directors of Panjab Digital Library (PDL). Jassi has been an active and proud member of IIT Delhi Alumni. In recognition of his service and achievements, he was awarded the Distinguished Alumni Service Award by IIT Delhi. He is an active angel investor and participates on the board of directors of several private companies.
VIEW PROFILE 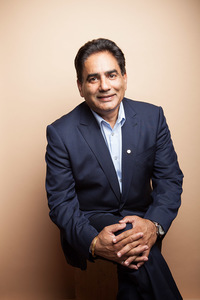 Chairman, BM Group International
Balraj Singh Mann is the Chairman and CEO of BM Group International (BMG). Starting from Lower Mainland, BC, Canada, BMG has expanded operations into other parts of Canada, USA, and India and provides specialty construction, construction materials supply, and real estate development services. Balraj is a director of LMHF, KPU, and SBOT and actively participates in a number of community and philanthropic initiatives.

Born in Panjab, India in a Sikh farming family, Balraj immigrated to Canada in 1980. After completing his high school and college education in Civil and Structural Engineering and Construction Management in BC, he worked as a consultant for a multinational engineering company for 15 years before starting and acquiring his own business operations.
Balraj lives on his hobby farm in Langley, BC with his mother, wife, two daughters, and son.
VIEW PROFILE 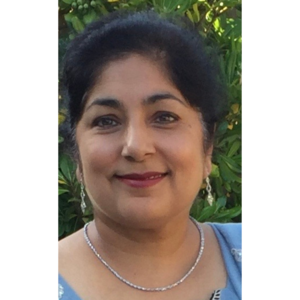 Paramjit Kaur Matharu is a Managing Director at JP Morgan Chase Bank and is the Head of Tax for the European, Middle Eastern, and African region as well as being the Global Head for Indirect Taxes for the firm. She is married with three sons. Paramjit was educated in Kenya and emigrated to the UK in 1980, starting a career with HM Revenue and Customs, moving on to Price Waterhouse for 9 years before taking her current role in the industry. At JP Morgan Paramjit started her career as the U.K. head for VAT going on to lead at the European level and then globally for broader indirect tax matters. Apart from the technical advisory aspects, she has been at the forefront in creating in house technology solutions with technology partners for her areas of tax specialty.

She has been the Chair of the VAT working group at UK Finance for the last 8 years (previously British Bankers Assn); represents the FS industry in indirect tax matters for Europe at the European Banking Federation and is a participant in the OECD in matters related to consumption taxes through her trade body roles.

From 2011 to 2013 Paramjit was an Executive Member of the Sikh Council UK and chaired the European and International Affairs subcommittee, volunteering to work on projects linked to interfaith education, campaigning for Sikh human rights within the EU, and representing the Sikh Community on various platforms. She led the Sikh lobby at the EU Commission and 4 EU countries to obtain successful EU regulatory change for security screenings at airports to address violations within the EU connected to Dastaar screening post 9/11.

She is the CEO of Sikh Assembly, a newly founded Sikh organization looking to grow the profile of Sikhs in the U.K. through welfare associated programs.

She is a member of the JP Morgan Women on the Move as well as Aspire and BAME forums. She is a keen supporter of Sikh forums in the professional accountancy and law firms and has been a keynote speaker at global events in the U.K. and internationally on diversity, Sikh role models, and Sikh ethics.
VIEW PROFILE 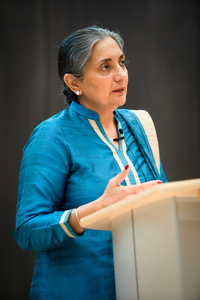 Inni Kaur is the Creative Director at the Sikh Research Institute (SikhRI). She has served SikhRI in several capacities since 2010, including Chair of the Board, and most recently as CEO. As an accomplished representative of the Sikh community, she is a dedicated advocate for raising awareness of key interfaith and women’s issues. Her list of achievements includes addressing the U.S. Office of the Pentagon Chaplin several times, speaking at Yale, Fairfield, Columbia, and other Universities, as well as presenting to the Connecticut Board of Education and local police departments to further the dialogue regarding the Sikh identity.
Inni Kaur is an esteemed and passionate author, poet, and painter. Recently, she broadened her creative artistry into publishing a children’s book series, Journey with the Gurus, that is inspired by the life and teachings of Guru Nanak Sahib. Her other children’s books are Sakhi-Time with Nani ji, Thank-You, Vahiguru, and Daddy’s Turban. She is passionately involved in trans-creating Sabad and the writings of Bhai Vir Singh. She is a prolific spiritual writer whose work is featured on Sikhchic.com and SikhRI.org.

Inni Kaur has been featured in documentaries related to the Sikh faith. She also worked on I See No Stranger: Early Sikh Art & Devotion exhibit with the Rubin Museum ofw Art, NY. In 2018 she worked on the exhibit Guru Gobind Sahib: Emperor-Prophet and in 2020 she co-curated the exhibit Guru Nanak Sahib: 1-Ness to 1-Identity.

Inni Kaur is an active member on the Board of the Interfaith Council of Southern Connecticut, an organization devoted to increasing interfaith understanding. She serves on the editorial board of Nishaan, a magazine celebrating Sikh heritage, and is also a board member for Munshi Bishan Singh Kochhar Foundation. In addition, she continues to extend her services and expertise on the Advisory Board of the Sikh Family Center and serves as a local Justice of the Peace.

Following a unique, transnational path, Inni Kaur was born in Kuwait, and lived in New Zealand, Australia, and Greece, before relocating to the United States. Today, she resides in Fairfield, Connecticut, USA, and continues to bring multifaceted perspectives to her work.
VIEW PROFILE
Hosted By