Abstract: "Web applications (web apps) have become one of the largestparts of the current software market over years. Modern web apps offerseveral business benefits over other traditional and standalone applications. Mainly, cross-platform compatibility and data integration are someof the critical features that encouraged businesses to shift towards theadoption of Web apps. Web apps are evolving rapidly to acquire newfeatures, correct errors or adapt to new environment changes especiallywith the volatile context of the web development. These ongoing amendsoften affect software quality due to poor coding and bad design practices,known as code smells or anti-patterns. The presence of code smells in asoftware project is widely considered as form of technical debt and makesthe software harder to understand, maintain and evolve, besides leadingto failures and unforeseen costs. Therefore, it is critical for web appsto monitor the existence and spread of such anti-patterns. In this paper, we specifically target web apps built with PHP being the most usedserver-side programming language. We conduct the first empirical studyto investigate the diffuseness of code smells in Web apps and their relationship with the change proneness of affected code. We detect 12 typesof common code smells across a total of 223 releases of 5 popular andlong-lived open-source web apps. The key findings of our study include:1) complex and large classes and methods are frequently committed inPHP files, 2) smelly files are more prone to change than non-smelly files,and 3) Too Many Methods and High Coupling are the most associatedsmells with files change-proneness." 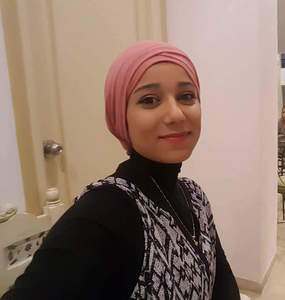 Narjes Bessghaier is a PhD candidate at the Ecole de Technologie Supérieure (ETS) in Montreal (Canada). Her research interests include source code static analysis, mining repositories, software quality, code smells refactoring, as well as user interface evaluation. Her work has been published at major software engineering venues such as ACM Transaction on Interactive Intelligent Systems (ACM TIIS). She obtained her master degree in Enterprises Systems Engineering from the Institute of Computer science and Multimedia (ISIM) in Sfax- Tunisia.
VIEW PROFILE
Hosted By