Abstract: With the rapid growth of the location-based social networks (LBSNs), Point of Interest (POI) recommendation has become an important research topic in data mining. However, the existing works do not reasonably utilize the time sensitivity of POI recommendations and have not taken full account of the user's behavior preferences at different time, causing the POI recommendation performance poor. We propose a Time-aware and POI Recommendation model based on Tensor Factorization, named TPR-TF. Firstly, we study the POI recommendation problem of time sensitivity and propose a temporal dynamic segmentation algorithm based on hierarchical clustering. Through dividing the fine grain of time, the experiment result is more reasonable and effectively than the previous method which divided identical time empirically. Secondly, by combining the time-aware recommendation with the influence of the user's direct friendship and potential friendship, we expand the scope of users' social influence, and then further improve the POI recommendation performance. Experimental results on the two datasets indicate that our TPR-TF model is superior to the current mainstream POI recommendation models both in precision and recall. 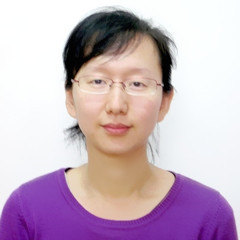