Abstract: By deploying virtual machines (VMs) on shared infrastructure in the cloud, users gain flexibility, increase scalability, and decrease their operational costs compared to on-premise infrastructure. However, a cloud environment introduces new vulnerabilities, particularly from untrusted users sharing the same physical hardware. In 2009, Ristenpart et al. demonstrated that an attacker could place a VM on the same physical hardware and extract confidential information from a target using a side-channel attack. We replicated this seminal work on cloud cartography and network-based co-residency tests on Amazon Web Services (AWS) and OpenStack cloud infrastructures. Although the AWS Elastic Compute Cloud (EC2) cloud cartography remains similar to prior work, current mitigations deter the network-based co-residency tests. OpenStack's cloud cartography differs from AWS EC2's, and we found that OpenStack was vulnerable to one network-based co-residency test. Our results indicate that co-residency threats remain a concern more than a decade after their initial description. 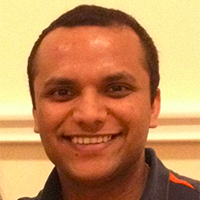