Abstract: High-throughput sequencing (HTS) technologies have enabled rapid sequencing of genomes and large-scale genome analytics with massive data sets. Traditionally, genetic variation analyses have been based on the human reference genome assembled from a relatively small human population. However, genetic variation could be discovered more comprehensively by using a collection of genomes i.e., pan-genome as a reference. The pan-genomic references can be assembled from larger populations or a specific population under study. Moreover, exploiting the pan-genomic references with current bioinformatics tools requires efficient compression and indexing methods. To be able to leverage the accumulating genomic data, the power of distributed and parallel computing has to be harnessed for the new genome analysis pipelines. We propose a scalable distributed pipeline, PanGenSpark, for compressing and indexing pan-genomes and assembling a reference genome from the pan-genomic index. We experimentally show the scalability of the PanGenSpark with human pan-genomes in a distributed Spark cluster comprising 448 cores distributed to 26 computing nodes. Assembling a consensus genome of a pan-genome including 50 human individuals was performed in 215 minutes and with 500 human individuals in 1468 minutes. The index of 1.41 TB pan-genome was compressed into a size of 164.5 GB in our experiments. 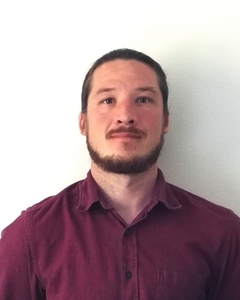