Abstract: One important application of Artificial Intelligence(AI) is forecasting stock price in the stock market, as such knowledge is highly useful for investors. We first examined several state-of-the-art AI techniques, including hybrid symbiotic organisms search/feedforward neural network, hybrid genetic algorithm/regression, neuro-fuzzy systems, reasoning neural networks, bidirectional encoder representations from transformers (BERT), and recurrent neural networks. After that, we proposed a new AI model that uses hybrid genetic algorithm/support vector regression and BERT to predict daily closes in the Dow Jones Industrial Average. We found that using headline data may provide an in improvement accuracy with root-mean-squared-errors ranging between 0 and 10.4% lower than without headline data depending on the model used, although further analysis may reveal significant improvements. The code and data used in our model can be found at: https://github.com/bcwarner/djia-gasvr-bert. 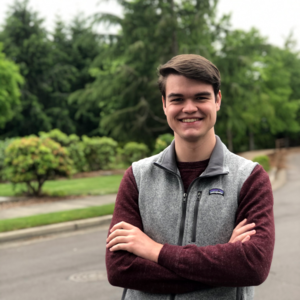 Aaron Crook is a Computer Science student at Pacific Lutheran University. He is currently a Junior, and is considering pursuing a data science minor.
VIEW PROFILE
Hosted By