Plenary 2: Winding up fossil fuels & financing clean energy and grids: what will that take in Canada?

Will the 21st century be the last one for fossil fuels and what does the wind up of the sector mean for the world’s largest pension investors and sovereign wealth funds?

How could action on clean energy targets across Canada and beyond through the 2020s change market fundamentals for the energy sector?

How are the world’s largest energy companies assessing the future of the global energy system?

This webinar is part of our RI Digital: Canada 2020 event. To view all sessions please click here. 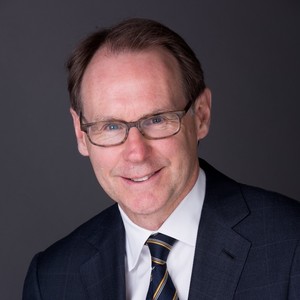 Member, Canada's Expert Panel on Sustainable Finance
Andy is a member of the Board of Directors of Royal Bank of Canada. Prior to that he spent most of his career at Goldman Sachs & Co, which he joined in 1985 in New York. He served in a variety of progressively more senior leadership roles within the organization during his 30 year career including as Senior Strategy Officer of the firm globally from 2012 - 2014, as Head or co-Head of the Global Financial Institutions Group in both London and New York from 2002 - 2012, and as co- Chair of the Firmwide Commitments Committee (primarily overseeing the firm's equity underwriting activities) from 2011 - 2015.

He holds a B. Comm from Queens University (1981) and graduated with an MBA from the Ivey Business School at Western University in 1985. Andy is also a Board Member of Evergreen Brickworks. He lives in Toronto with his family.
VIEW PROFILE 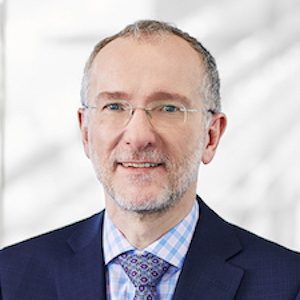 Vice-President, Risk Management, Fixed Income and Head of Climate Risk and Issues, CDPQ
He is business unit risk manager for the Fixed Income and Financing
Solutions at CDPQ and supports the risk management team of CDPQ’s
real estate lending arm Otéra Capital.
• He also leads the climate change expertise group, responsible for the
implementation of CDPQ’s policies in this regard, for the appraisal and
mitigation of climate risks in CDPQ’s portfolio and leads external
collaborative initiatives on climate issues. He closely supports the
Stewardship Investing Team in its activities.
VIEW PROFILE 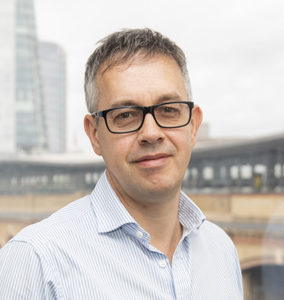 Prior to forming these groups, Mark had twenty five years experience in sustainable financial markets working for major institutional asset management companies. Mark is a co-founder of some of the first responsible investment funds firstly at Jupiter Asset Management in 1989 with the Ecology Funds, NPI with Global Care, the AMP Capital Sustainable Future Funds, and Henderson Global Investor’s Industries of the Future Funds.

Mark served on the World Business Council for Sustainable Development working group on capital markets leading up to the 1992 Earth Summit; was a Member of the Steering Committee of UNEP Financial Sector Initiative (1999-2003) and continues to advise a number of financial institutions including Tribe Impact Capital and Consilium Capital. Mark is a Founder Director of the UK Sustainable and Responsible Investment Forum (UKSIF), 1990-2006, is a member of the Advisory Council of ImpactBase.org; a member of the Advisory Board of the Gordon and Betty Moore Foundation’s ‘Conservation and Markets Initiatives’; a member of UNCTAD’s Sustainable Stock Exchange’s Green Finance Advisory Group; and is the Hon Treasurer of The Rainforest Foundation UK. Mark is also Founder of the Social Stock Exchange, funded by Rockefeller Foundation and more recently Big Society Capital.

Mark has a BA in Politics & Economic History and an M.Sc in Agricultural Economics.
VIEW PROFILE 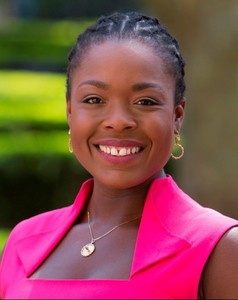 Co-Founder, Matarin Capital Management, and Chair of the Investment Committee, David Rockefeller Fund
Nili Gilbert, CFA, CAIA is Co-Founder and Portfolio Manager of Matarin Capital, investing in the stock markets primarily on behalf of institutional investors. Matarin has been recognized with numerous awards as an investment performance leader, with its research cited in such publications as The Wall Street Journal and Barrons. Nili is a regular contributor on CNBC and Bloomberg television, as well.
Nili is Chairwoman of the Investment Committees of the David Rockefeller Fund and the Synergos Institute, and sits on the Advisory Council of The Ownership Project at Oxford Saïd Business School, as well as the Membership Committee of the Economic Club of New York. A life member of the Council on Foreign Relations, she previously served as Co-Chair of the Council on Foreign Relations’ Term Member Advisory Committee, and on its International Affairs Fellows Selection Committee.
Nili has been honored as a World Economic Forum Young Global Leader, and is a member of the YGL Advisory Group. She has also been named on Bloomberg BusinessWeek’s list of 20 people who are “Ones to Watch” for 2019, honored as Entrepreneur of the Year by The National Association of Securities Professionals, by 100 Women in Hedge Funds as a Chartered Alternative Investment Analyst Scholar, and with the Toigo Foundation’s Bridge to Business Award.
She received her BA from Harvard University, graduating magna cum laude in a Special Concentration in Economics and Social Studies, and her MBA from Columbia Business School, where she was a Toigo Fellow.
Prior to founding Matarin, Nili was Senior Director and Senior Research Analyst at Invesco, working in both New York City and Frankfurt, Germany, with responsibility for development of the firm’s global multi-asset models. She speaks, reads, and writes both German and French with great proficiency.
VIEW PROFILE
Hosted By