Bardoc Gold (ASX: BDC) has just super-charged its strategy to become a significant new mid-tier gold producer after successfully raising $24 million to underpin the final leg of its transition to development and construction. The raising will bolster Bardoc's cash reserves to over $35 million, allowing it to fast-track completion of a Definitive Feasibility Study and mining studies on a new 135kozpa gold project near Kalgoorlie and accelerate ongoing exploration programs aimed at further expanding its 3.02Moz Resource base. Bardoc Gold CEO Robert Ryan will update investors on the significance of this transformational capital raising, the proposed use of funds, and the strong news-flow anticipated over the coming months from this fast-growing WA gold company, which is now on a clear trajectory to join the ranks of ASX-listed gold producers. 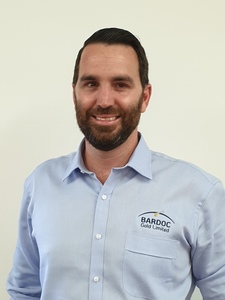 CEO Bardoc Gold
Mr Ryan graduated from the highly-regarded WA School of Mines (WASM), has extensive technical and operational experience working at the highest levels of the WA gold industry and brings the appropriate blend of skills and expertise required to oversee the advancement of the Bardoc Gold Project through feasibility and into financing, development and operations.
VIEW PROFILE
Hosted By