Preserving the 1970s and 1980s: Why Should We Care About Brutalist and Postmodernist Architecture?

Love it, hate it. Save it or destroy it. Brutalist and Postmodernist architecture often provokes strong reactions. Though many find these buildings aesthetically unattractive, a greater appreciation for the styles can be gained through understanding why these buildings were designed as they were. Both arose as a reaction against Modern architecture, which was criticized as minimalist, anonymous, monotonous, and boring. Brutalist architects developed a style that was bold, dramatic, authentic, and monumental. Postmodernists pursued architecture that was theatrical, contextual, expressive, and playful. However, both styles had fallen out of favor by the 1990s, with Brutalism criticized as authoritarian and Postmodernism as kitsch.

But Brutalism and Postmodernism are making a comeback. Contemporary architects are beginning to look to these designs of the past for inspiration, and efforts are being made to preserve significant works. So far, most preservation efforts have been reactionary, in response to proposed demolition or alterations. A more comprehensive preservation approach is needed. This webinar will cover historical development, key features, and preservation challenges, encouraging you to help give Brutalist and Postmodern buildings a future. 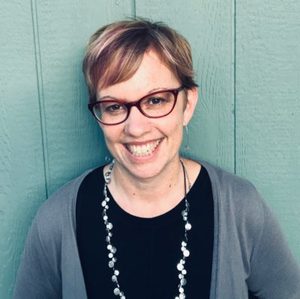 Senior City Planner, City and County of Denver
Abigail Christman is a Senior City Planner in Landmark Preservation at the City and County of Denver. Abigail has a varied background having previously worked for consulting firms, Colorado Preservation, Inc., and the University of Colorado Denver. Her experience includes Section 106n consultation, reconnaissance and intensive-level surveys, National Register nominations, HABS/HAER/HALS documentation, neighborhood pattern books, preservation tax credit certification, interpretation, public outreach, and serving on the Denver Landmark Commission.
Abigail also teaches a graduate course for CU Denver titled Historic Buildings in Context. Abigail holds a B.A. in History from the University of South, a M.A. in Public History/Historic Preservation from Middle Tennessee State University, and a M.A. in Histories and Theories of Architecture from the Architectural Association School of Architecture in London, England.
VIEW PROFILE