The Muslim travel segment is set to become a lucrative one - by 2060, 1 in 3 of the world’s population will be a Muslim, similar in size to the Chinese outbound market.

How can travel industry professionals take advantage of the downtime at the moment to better prepare their business for Muslim travellers post-COVID and get ahead of the competition?

Target Audience:
Hotel and inbound operator leaders who want to learn how to capture the Muslim market. 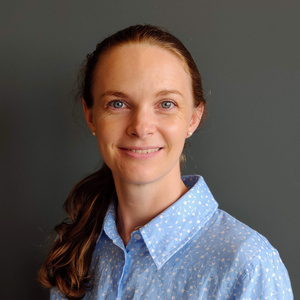 She arrived in Malaysia in 2012 and has since immersed herself thoroughly into the South East Asian travel industry through both B2C and B2B roles, from working at a traditional travel agency in KL to founding her own travel startup which was subsequently acquired. In 2018, she launched her own boutique consulting and sales representation company, Pear Anderson.

Over the past 8 years, Hannah has criss-crossed South East Asia, and gained a deep, first-hand insight into the trends developing in the region, as well as a passion for the potential of both the Southeast Asian and Muslim travel sectors.

At Pear Anderson, her past and present clients include a variety of travel organisations, from NTOs to attractions and tour operators, with the likes of Visit Britain, the Catalan Tourist Board, London Designer Outlet, Go West and Pilatus-Bahnen.

Hannah has authored reports on the economic impact of Muslim travel and has spoken on numerous occasions at prestigious travel conferences, such as the Federation of ASEAN Travel Agents, and ITB Asia. Her reports have been cited in publications such as Forbes Middle East, Web in Travel and Travel Weekly Asia.
VIEW PROFILE
Hosted By